Snowblowers In Great Demand Due to Huge Winter Storms 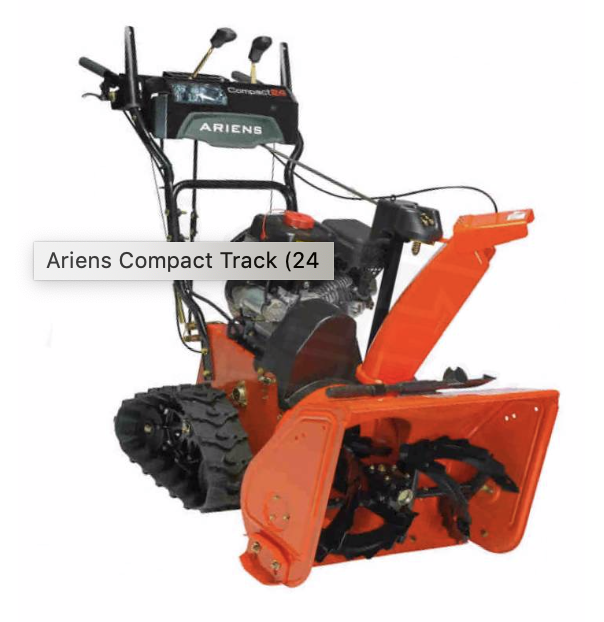 Mowtown Waldo Implement announced that even though the recent months of heavy demand have caused snowblowers and other winter equipment to be scarce at times, the company still has snowblowers and gear on hand that will help people to stay safe and more comfortable as they are “digging out from under the storms.”

Winter storm Quade, for example, will dump more than three inches on a huge swathe of the Appalachian Mountains and parts of North Carolina in the second week of February. And winter storm Orlena’s remnants are still on the ground in some places. These recent massive storms have blanketed a large part of the country and have residences and businesses working overtime to get out from under all the snow.

Leanne Schmid, a spokesperson for the company, said, “We have nearly every piece of equipment which could be useful during these snows, even though the need for them has been incredible this year. Snowblowers in particular have been really in demand.”

It may not seem feasible to ship something like a snowblower, but as there is such high demand, in some cases it can be arranged. There are other snow products on Mowtown’s website that can also be shipped, but clients must contact the company to make these arrangements.

Mowtown Waldo Implement’s products include Ariens Snowblowers, which have been one of the most popular lines of equipment during this season’s winter storms. These snowblowers are known as the "King of Snow" and the #1 selling brand of snowblowers worldwide.

In recent years people have become more aware that shoveling snow can be very dangerous because of the extreme type of exertion that it is. In fact, cardiologist Barry Franklin, who is considered an expert in snow-related deaths, cautions people over the age of 55 from manually shoveling snow because it is a known heart attack trigger.

In general, snowblowers are considered to be safer than using a shovel. “Of course, we want everyone to be careful and safe, and people must always use their common sense about their health and safety and what they do when it snows,” Ms. Schmid continued. “But snowblowers are generally less stressful on someone’s body and a lot faster and easier than using a shovel.”

The company also carries Cub Cadet Snowblowers, which is highly regarded and many see as an exceptionally well-made snowblower line. Cub Cadet is also known for making high-quality lawnmowers, which Mowtown Waldo also carries in stock year-round. They are the largest single-store Cub Cadet dealer in Wisconsin.

The company said it has risen to the challenge of keeping snowblowers in stock, even with the high demand. People have continued to contact them about snow blowers and other snow handling equipment since the storms began late last year, and they strive to provide the best customer service possible.

Paul Arnett, a customer of Mowtown Waldo, said that he was very pleased with his Cub Cadet snowblower and the service he received from the company. “Mowtown’s staff went over and above to help me figure out which type of equipment I needed, and they presented me options for having it sent to me. This could have been a nerve-wracking experience, but they made it simpler and easier for me. If I ever need another one, I will go back to Motown for sure,” he added.

Generally, it takes Mowtown only one to two business days to process and ship an order. Wherever possible the company attempts to ship orders the same day they are received. Even during these periods of peak demand, every effort is always made.

Mr. Arnett also said that he was pleasantly surprised by how soon he was able to receive his snowblower. “I thought it would take weeks,” he said. “It didn’t – it was just a few business days.”

Mowtown Waldo Implement Inc. has become a trusted name in agricultural, landscape, and recreational equipment since 1982. They carry a full line of professional-grade equipment as well. From tractors to lawn mowers, utility vehicles, and even handheld power tools, whatever your outdoor power equipment needs might be, they can help you. Mowtown is also an authorized dealer of Old Hickory sheds. They welcome you to visit the store and see a selection of sheds you can walk through and get full details in person.

Mowtown also has a service department which can be reached by phone or by emailing to parts@mowtown.com. For those who wish to visit in person, the company is located at 1200 W 1st Street and Hwy 28 W Waldo, WI 53093.