Fairfax, VA-based Roof.Net is one of the best-reviewed roofing contractors on the entire East Coast. Much of this has to do with the experience and work ethic that owner Ken Briesemeister and his crews bring to each roofing job that they take on. A recent customer was so impressed with the roofing work that the company had done for him that he still gave them a 5-star review even after an unforeseen structural problem was discovered once the shingle and underlayment had been removed. This review can be seen on Roof. Net’s Google Maps Business listing here at https://goo.gl/maps/qtVWGGvS1f62vGwU8. 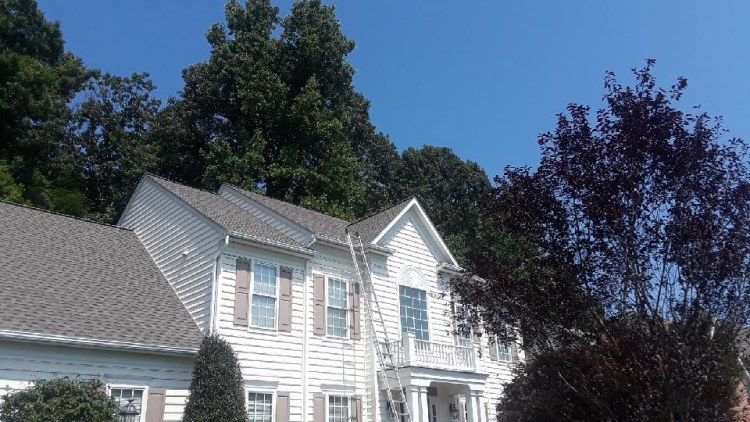 In the above-mentioned review, Chris Tomassian stated, “Our experience with Ken and his company was excellent and consistent with many of the other reviews you'll find here and elsewhere on the web. Even though he's the owner with many obligations, Ken is highly attentive and works with you every step of the way. He takes the time before and during the roof replacement to make sure you understand what's going on, and he's a constant presence on the day the work is done. His crew was excellent from start to finish, and there's no denying the professionalism of their work. The products they use are high quality, especially for the price, and they even take the time to color existing hardware to match the roof, which makes it look very sharp. And all done within a single day, which included cleanup and sweeping the yard for nails.

"In fairness to this review, there were a few bumps along the way, including the discovery that all of our plywood needed to be replaced which we didn't learn until after the shingles were already off and there wasn't much choice. While this increased costs by a significant margin, it's hard to see how this could have been avoided especially given the age and condition of the roof. If you're thinking about a replacement, it might be something you should try and ascertain before the work starts if you can, but Ken explained that it's not always possible until you can see the roof from the top. For us, at the end of the day, we have a beautiful new roof that we know will last a long time, and it really makes the house look fantastic from the street. Highly recommend this company if you're in the market for a new roof!”

The most telling sign that the owner of the company, Ken Briesemeister, truly cares about his customers and takes it very personally when unforeseen problems do arise, came in the personal response that he left on Mr. Tomassian’s review. Briesemeister wrote, “Hi Chris. I very much enjoyed meeting you and I’m so happy you’re pleased with your new roof. On most occasions, no one can tell if all the plywood needs to be replaced because inside the attic the plywood could look great, but when the shingles are removed then you’ll know how good the plywood is and unfortunately, the top side of your plywood underneath the shingles were all rotted. I wish we never had to change plywood on homes because I don’t like unforeseen added expenses!” Responding personally to reviews that have been left not only their GMB Listing but also in places such as their Twitter site at https://twitter.com/roofrepairva, are one of the more unique traits of this company.

Briesemeister went on to say that they do a thorough roof inspection before taking on any roof replacement job. Part of those inspections includes walking the entire roof to look for signs that may reveal the possibility of there being a hidden structural problem. This would be such things as large areas where the shingle or other roof covering material is raised or sinking. He added that when walking the roof, he may also be able to detect plywood sheathing problems by stepping on areas that feel extremely spongy. As was mentioned by him, they will also take a look at the exposed underside of the roof sheathing in the attic. The company owner says even with this type of detailed inspection structural problems may still go undetected as was the case with Mr. Tomassian’s roof.

Part of the problem with detecting hidden roof structural problems he says is the way that roofs are put together. It all starts with the plywood sheathing that is first laid down and then an insulating felt layer is added over that. Then a layer or two of shingles is then placed over the sheathing and insulating underlayment. The thickness of the shingle and underlayment material combined often make it nearly impossible to detect all but the worst cases of sheathing rot. Briesemeister also pointed out that removing an area of shingle and underlayment to check the roof during an inspection is not an option. This is because it could cause a leak which may lead to some big problems before the materials arrive to do the roof replacement.

The company owner also talked about how whole roof replacements are just one of their specialty services. Another is finding and detecting roof leaks. He says that he and his crew members are very good when it comes to finding and then permanently resolving even the most difficult to find leaks. They also handle all types of large and small roof repairs. Those in Fairfax and the surrounding areas that want more information on the services that Roof.Net offers can contact them by phone, email, or visit their business site which is found at https://roofnet.business.site.