Rockville, MD – As companies all over the country strive to find new innovative ways to improve their structure and services, a Rockville plumbing company has found a creative way to improve their company from within. Vito Services recently held their second annual Vito Chili Cookoff.

The competition was fierce, but in the end, one dish stood out amongst all the rest. That was the Traditional Beef & Bean Chili made by Vito Services Billing Manager Marisol Centellas. 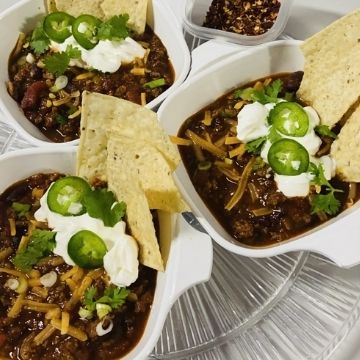 Ms. Centellas was a late entry into the competition, saying, “I decided the night before that I should enter, then I wondered if I would have enough time!” She watched several chili recipes on YouTube, and then came up with her own variation “splicing together the best parts from about 5 different chefs.”

When asked what the key to the flavor was, Ms. Centellas responded, “Bacon!... Sliced very thin, but it brings together all of the other ingredients and adds an unmistakable flavor."

The winning touch of her recipe almost didn’t happen, as Marisol was concerned about one Muslim Vito employee, HVAC Technician Jeremy Moses, who does not eat pork. However, she phoned Mr. Moses, and he told her it was okay to use pork if it was part of her “winning strategy”.

“Once Jeremy gave me the green light, I was off to the races (I mean the grocery store),” said Ms. Centellas, “Obviously, bacon is the key!”

It was a close competition, but in the end, the three judges all agreed that Marisol’s Chili was the unanimous first-place winner.

“Marisol’s chili was top-rated across all 5 categories,” said Vito Services Owner, President and Chili Judge Michael Vito, regarding the five judging criteria: appearance, aroma, consistency, taste and aftertaste. He continued on, stating: “But the taste is most important, and hers stood out.”

Even her fellow competitors agreed ... kind of.

“Her chili was good,” said the second-place finisher, Vito Contractor Development Officer William Thomas, “but her presentation was even better … next year I will use the same porcelain bowls she used and real silverware, instead of the plastic bowls, and plastic forks, and plastic spoons I used this year. Though, I’m not bitter AT ALL.”

The Chili Cookoff was not Ms. Centallas’ first top showing, as she won for “Best Dessert” during the Vito July 4th BBQ Competition with a very fitting Tres Leches American Flag Cake. 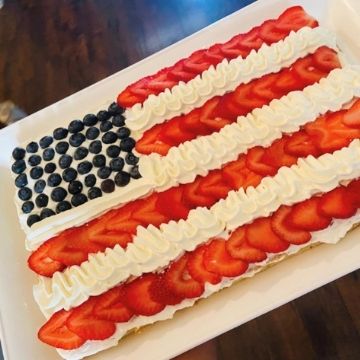 Ms. Centellas, who is currently a finance major at the University of Maryland with a graduation date of May 2023, has worked both full-time and part-time at Vito Services for almost two years. She would like to one day be a company controller, similar to her mentor, Vito Services Controller Yda Morales.

With back-to-back wins in the Dessert and Chili Cookoff, Ms. Centellas is setting her sights on this summer's BBQ Competition. Another first-place would ensure a Foodie “Hat Trick” (Three Wins in a Row!). Everyone is wondering what her next entry will be.

“I am not sure what I will make. I might have to splice together 10 YouTube recipes to come up with that one!” said Ms. Centellas. 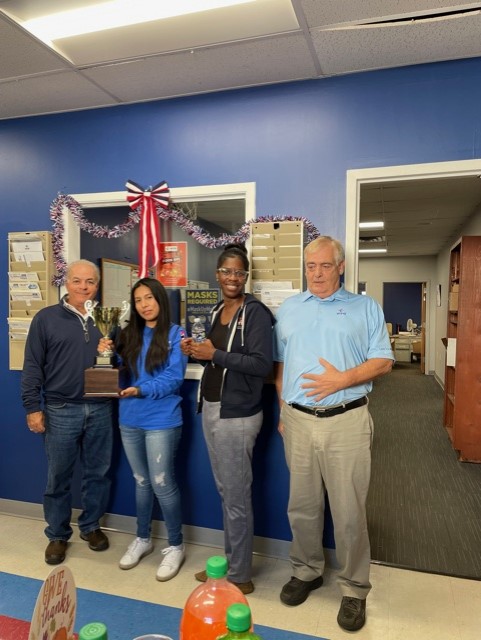 “It was a fierce competition, but Marisol definitely deserved the top prize,” said Vito Services CFO Jim Vito. “These cookoffs and all of the other events we do here are so much fun for us and the team. Yes, it’s a competition and everyone takes it serious, but at the end of the day, it’s another way to bring everyone together and we always have, are always laughing and of course, always eating!” Vito Services understands the importance of bringing a team together outside of work hours. When co-workers spend quality time together and get to know one another, it enhances their ability to work smoothly as a team. The technicians and personnel at Vito Services look forward to their next get-together.

Vito Services is a full-service plumbing, heating and air conditioning company, proudly serving the Alexandria, VA, Rockville, MD and Washington, D.C areas. Since 1934, they have been providing their community with expert repairs and quality workmanship for both residential and commercial customers. To learn more about Vito Services or to schedule an appointment, visit them online at VitoServices.com or by phone at (301) 315-6100.