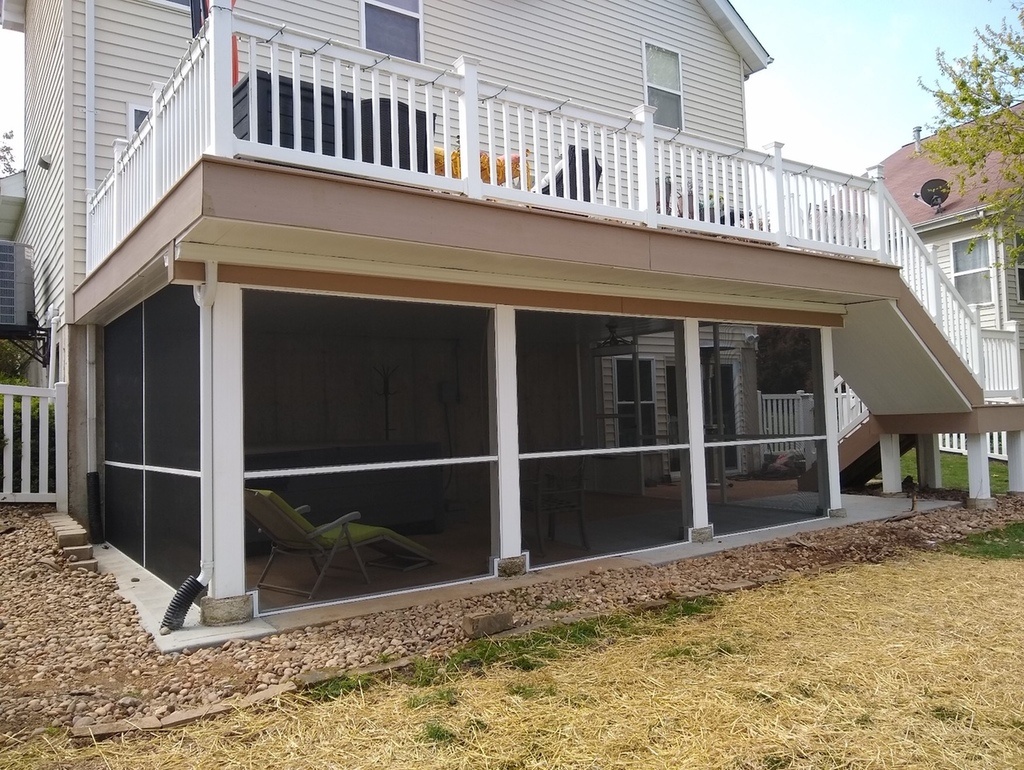 Raintight Decks & Screenrooms, based in O’Fallon, Missouri, believes that for many homeowners in the southern part of the US, it is still a great time to consider an under deck system despite cooler weather already moving into some parts of the country. RainTight Decks builds custom under deck kits that can be shipped anywhere in the country and can be installed by the homeowner. The RainTight underdecking system is designed to collect all the water from snow or rain that seeps through the deck and allows the water to flow towards a gutter system away from the home.

The underdeck is that area below the deck of a home, which can be used as an outdoor living room. It can be used as a space for recreational activities, such as cookouts, relaxing, socializing with family and friends, and more. This outdoor living space may not just serve as a private and protected space for the homeowner but it can also be used to catch the water from the rain and snow and route it away from the home and into the yard.

Anne Seibert, a spokesperson for Raintight Decks & Screenrooms, says, “RainTight underdecking systems provide a low profile, streamlined finish to create a ceiling below the joists of your deck. The panels and gutters we use for our underdecking are all seamless, smooth-finished aluminum that is virtually maintenance free and lasts a lifetime.”

She adds, “Have you ever had to pull the family gathering inside due to rain? Would you like an additional comfortable space for the kids to play outside? Do you need additional outdoor storage space that’s protected from the rain? If you answered yes to any of these questions, then it’s time to get an under deck ceiling and transform that wasted unused inefficient space into an outdoor space that can be used for storage, entertainment, or just a place to unwind.”

RainTight Decks does not use any pre-fabricated parts in their under deck ceilings. Each one is custom fabricated to fit a particular home and its specifications. This will make sure that the under deck ceiling will fit perfectly and completely protect the under deck from all the water from the deck above it. They build each underdecking system in-house, with no outside suppliers used. This means that they are able to oversee the fabrication of the underdecking system and ensure high quality all throughout the production process. These panels and gutters are seamless, which means that the RainTight underdecking remains dry underneath.

They carefully design the RainTight Decks to offer the best system for underdeck protection. They make use of a rigid, heavy gauge aluminum to ensure that the underdecking system is capable of holding any amount of rain or snow. And the under deck ceilings are also designed to be strong enough to support lights, ceiling fans, and other fixtures.

They want to point out that there are many reasons why their underdecking system stands among the crowd. First of all, they control the quality and price of their product since they both manufacture and install them. There are no outside contractors used. Second, their product is customized to fit the exact size of the customer’s deck. The customer does not have to pay for any extra material from suppliers due to length or size limitations. They custom make every piece, thus, minimizing cost and installation time. Third, RainTight underdecking can be installed at any time, whether during the construction of a new deck, or later to improve on an existing deck. Fourth, RainTight underdecking is made from high-quality aluminum that will last a lifetime. The colors are baked in, not painted on, and the aluminum is guaranteed not to fade or rust. Fifth, their aluminum underdecking panels will not sag or melt like vinyl and PVC products. Sixth, the aluminum panels are designed to continuously get rid of all debris to make sure that the underdeck ceiling remains clean. Seventh, these are virtually maintenance-free panels that are easy to clean.

Those who would like to learn more about the RainTight underdecking systems may want to check out their website or contact RainTight Decks & Screenrooms through the telephone or via email.