Positive Pest Control of NYC wants to alert people about the problems that carpet beetles pose and how to identify them. They feel this information is important because even though these bugs do not attract as much attention as other insects that are commonly found in New York City properties, some very negative effects are caused by them occupying the same spaces as people and pets.

Benett Pearlman, founder and CEO of Positive Pest Control, says, “Although when people hear the name carpet beetle it does not invoke the same dreaded response as hearing the words bed bugs does, it really should. That’s because they live in the same places that bed bugs do and may cause adverse health problems. Don’t let the name fool you either because if you have carpet beetles on your rugs and flooring chances are, they will be in you and your pet's bedding too. The first step in determining that you have a carpet beetle problem is being able to identify them. This is something that’s not easy for non-professionals to do. Our well-trained pest professionals are always standing by ready to identify carpet beetles or any other nuisance insects in your living space and perform treatments that will quickly get rid of them for you.” 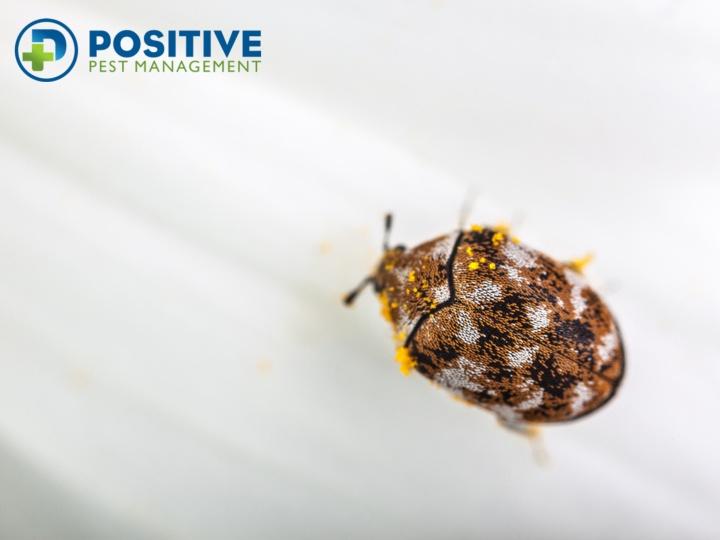 The company CEO went on to talk about the problems that carpet beetles pose to humans. Most often this comes in the form of welt-like marks that are found on a person or pets’ body that is not caused by actual bites but are an allergic reaction from coming into contact with them, the skins they shed, and the droppings that they leave behind. He added that many people prove to be extremely sensitive to these things when they coexist in their living space with carpet beetles. The biggest reason that carpet beetles need to quickly be eliminated in a living space is because of the extensive damage that they cause through their eating habits. They eat such commonly found items in a home as those made from wool, silk, feathers, felt, leather, and fur. Many items containing these materials will be some of the most expensive ones that are found in a household. He went on to say that in most instances they have great success removing carpet beetle infestations from premises by using natural and harmless plant-based chemicals.

A post on the company’s Facebook Page goes in-depth on how to identify the three main types of carpet beetles that are commonly found in New York City residences. There is the adult varied carpet beetle which is extremely tiny and often is black and has a brown, white, or dark yellow pattern of scales on its wing covers. Furniture carpet beetles are rounder and bigger than the varied carpet beetle and have varied markings but black spots are often seen among these markings. This post went on to say that Black carpet beetles are bigger than the other two types of beetles but are still under an inch long and are shiny black with legs that are most likely to be dark brown.

The company CEO recommends that any home or dwelling owner in New York City be proactive and call them whenever they find signs of a new insect in their living space that they cannot identify. He added that this is not only highly beneficial to the customer in determining what pest removal actions they must take but they will also not be charged for this inspection. Pearlman went on to add that other notable pest control services that they offer include termite, moth, bed bug, roach, and flea treatments that have proven to be very effective and several different impactful rodent control methods. This company’s carpet beetle and other pest control services are also very highly rated by those that have used them. On their GMB Listing alone over 100 reviews have been left on their services in which they average a commendable 4.9 out of a possible 5-star rating. They service many New York City areas including Manhattan, Brooklyn, Queens, Bronx, and the Upper East Side.

For more information about Positive Pest Control of NYC, contact the company here: