NJ Center for CoolSculpting, based in Summit, NJ, is happy to announce that people no longer have to live with bulges of fat on their arms because of the CoolSculpting treatment, which can get rid of 20 to 25 percent of body fat from the target area. They would like to point out that in just 35 to 60 minutes of the CoolScullpting treatment, people will notice a substantial difference, which will continue to get better in the succeeding months as more treatments are provided. The volume of fat will determine the number of treatments needed to get the best possible results.

Hardik Soni from NJ Center for CoolSculpting says, “If you want to look amazing this summer or perhaps you have an important event coming up that requires you to wear a sleeveless dress, CoolSculpting will transform the appearance of your arms to give you newfound confidence. Affordable, pain-free, and proven to work, this treatment is unbeatable for getting rid of fat.” 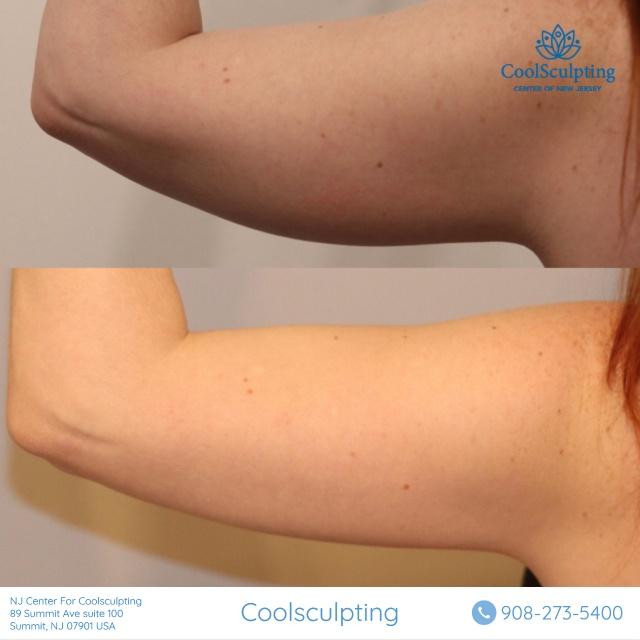 CoolSculpting uses the revolutionary technique for cold therapy, known as cryolipolysis. This is FDA-approved and has been shown to work well for different areas of the body, such as the arms. It is a non-invasive process that applies controlled cold to the fat cells in the arms, or any other area of the body, inducing them to release the fat contained in that area. The released fat is metabolized and then excreted naturally from the body. With the removal of the fat, the fat cells in the arms will become smaller in size, providing arms without fat bulges.

And since this is a non-invasive procedure, people will only feel a minor discomfort while undergoing the CoolSculpting session. There will be just a slight sensation of pinching, aching, or tingling that will only last for a few minutes. Because CoolSculpting utilizes controlled cold, the patient will not feel anything once the cooling effect has set in. Only about one in 10 people have reported feeling pain and it is usually minimal and only lasts for a short time. However, it is important to note that while it can get rid of the fat bulges, it will not tighten saggy skin on the arms. To achieve that, a qualified doctor may use a skin-tightening procedure, such as ultrasound or an arm lift procedure where excess skin is removed surgically. More about the NJ Center for CoolSculpting and their services may be gleaned by following their Facebook page.

Another part of the body where CoolSculpting can be applied are the thighs. The physician will place a gel pad and applicator on the target area on the thighs and the controlled cold will pass through the applicator, freezing the fat cells, which die through the process known as apoptosis. Some of the fat cells may not die instantly from the cold but will die over weeks and months. This gradual process is desirable to prevent the body from getting overloaded with too many dead and dying cells. The dead fat cells will then get processed by the body and these are excreted naturally.

CoolSculpting may also be used for the breasts, and this is possible for both men and women. It will not actually cause a reduction in breast size but after the fat cells are removed, the breasts will look a bit smaller and smoother.

People who are interested in knowing more about CoolSculpting service for the arms available at NJ Center for CoolSculpting may want to visit their website, or contact them on the phone or through email. They are open from 10:00 am to 6:00 pm, from Monday to Friday; and from 9:00 am to 4:00 pm on Saturdays. Those who want to visit the clinic may want to check out their GMB location.