The NJ Center for CoolSculpting, a clinic specializing in the CoolSculpting, a non-surgical technique that freezes and eliminates stubborn fat, is running a promotion for $1500 off its services. The center is urging people who have unwanted or "stubborn" fat in targeted areas such as the thighs and buttocks, to consult with them to find out if they are a good candidate for the procedure.

The New Jersey Center for CoolSculpting is a division of NJ Center for CoolSculpting in Summit, New Jersey. Its staff consists of board-certified doctors, certified aestheticians, and licensed physician assistants that the center claims are collectively regarded as national leaders in body contouring. The center performs hundreds of body contouring sessions each month. Interested customers can find more details regarding the center and its operations on their GMB Website. 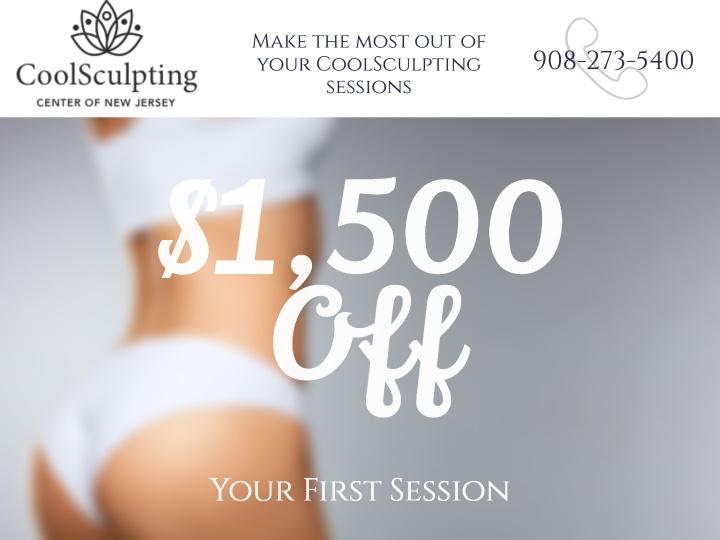 The center uses the colloquial term “banana roll” to describe the fat buildup and storage around the thighs and buttocks - two areas that are prone to the storage of fat. The center says that is quite common in women for whom it might be a source of embarrassment and might cause clothes to fit uncomfortably. The clinic claims that when tackling tougher areas of the body, including the banana roll zone, the CoolSculpting for buttocks procedure has a high rate of success. They claim that with just one 35- to 60-minute treatment, the patient will start to see a significant improvement, which only gets better as time passes. The center also stresses that there may be a need for the importance of exercise and proper diet in conjunction with this treatment option

The FDA-approved CoolSculpting procedure involves no chemicals, needles, or anesthesia. Instead, it consists of a gel pad and applicator placed on the targeted part of the body through which controlled cooling freezes and kills fat cells. Because it reaches just beneath the surface of the skin, rather than deep organs, it is 100 percent safe.

The center compares its CoolSculpting technique to liposuction for the buttocks area. It says that while liposuction is commonly used to eliminate fat from the body permanently, it remains an invasive surgery. CoolSculpting is non-invasive, therefore creating virtually no risks.

Under Liposuction, patients get put under general anesthesia, which creates an entirely new host of potential risks. The surgeon makes several small incisions during the operation through which tubes get inserted. Then with suction, the device sucks fat from the body through the inserted tubes. The incisions made with lipo are typically no longer than 2 inches, but anytime the body gets cut and instrumentation inserted, there is some degree of risk for infection. Also, even when performed by a top surgeon, loose skin can develop following the operation. Since liposuction is an invasive surgery, patients will experience pain and have a more extended recovery period than CoolSculpting.

In comparison since CoolSculpting is non-invasive, the patient might experience slight discomfort following the procedure, which may last a day or two. After going through the treatment, patients can go right back to work or doing their normal daily activities. Since CoolScuplting is a more gradual method of removing fat cells, it helps preserve some of the connective tissue in the area treated.

Hardik Soni, the founder of the NJ Center for CoolSculpting, says about the procedure “For the thighs and buttocks, positive lifestyle changes can have a dramatic effect. However, even with that, many people still struggle with having a banana roll. With CoolSculpting, the physician can target those two areas, making a dramatic difference in how you look and, ultimately, feel. Although you might notice some change within a day or two, within roughly two months, you will see the full effects of this revolutionary fat-reducing treatment. Depending on the volume of fat, you might achieve your goals with just one treatment, but if necessary, the physician can perform several.”

The center can be reached at its phone number, 908-663-0831. There is also a contact form on its website to reach out to the clinic.