New York City DWI lawyers Arthur Lebedin and Russ Kofman release a new article (https://www.lebedinkofman.com/ignition-interlock-devices/) discussing the circumvention of an Interlock Device. The lawyers mention that no person is allowed to knowingly rent, lease, or lend a motor vehicle to a person who is known to have had their driving privileges restricted. Under the New York State Law, if a person is renting or leasing a motor vehicle without an ignition interlock device to someone with a restricted license, this will result in a class A misdemeanor.

According to the article from the New York City DWI lawyers, “Under New York State law, a person who is required by law to use an ignition interlock device to operate a motor vehicle shall not request, solicit, or allow any other person to blow into an ignition interlock device or to start a motor vehicle equipped with the device for the purpose of providing the restricted person with an operable motor vehicle. If convicted, this crime will result in a Class A misdemeanor.” 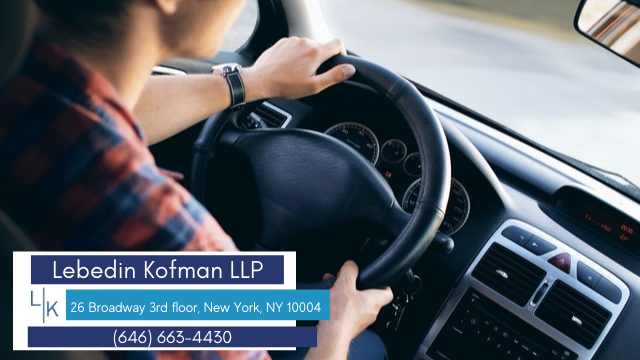 The lawyer explains that no other person is allowed to blow into an ignition interlock device or start a motor vehicle equipped with the device for the purpose of providing an operable motor vehicle to a person whose driving privilege is restricted by law. If someone is convicted of such a charge, it will result in a class A misdemeanor.

Attorney Arthur Lebedin adds that a person should also not tamper with an interlock device. It is also illegal under New York State Law to operate a vehicle without an interlock device if the court has ordered to do so. If someone is ordered by the court to install an Interlock Device on their car and they are caught driving one without it, they may face charges of class A misdemeanor.

“A motor vehicle, as defined by this statute, means every vehicle operated or driven upon a public highway which is propelled by any power other than muscular power. A person operates a motor vehicle by driving it or when he or she is sitting behind the wheel of a motor vehicle for the purpose of placing the vehicle in motion. A person may be considered to be operating a vehicle even if the vehicle is not moving but the engine is running,” says the defense lawyer.

Lastly, attorney Kofman emphasizes the importance of having a skilled lawyer when a person is facing DWI charges. An experienced lawyer may be able to help the defendant understand their rights and protect their freedom.

Russ Kofman and Arthur Lebedin are seasoned, aggressive litigators handling cases in both the state and federal courts. Together, they manage the Lebedin Kofman Law firm. They also handle civil rights cases. Attorney Kofman and attorney Lebedin believe in their clients and work hard to fight for their rights and help them receive the best possible outcome for each of their cases. Call today to speak with an experienced attorney: (646) 663-4430.