New York City criminal defense lawyers Russ Kofman and Arthur Lebedin release a new article (https://www.lebedinkofman.com/new-york-etg-calculator/) explaining the downside of EtG testing. The lawyers mention that if a person has been charged with an alcohol-related offense, they may be subject to complete alcohol evaluations. Sometimes, these evaluations use ethyl glucuronide or commonly known as EtG testing.

“EtG is a byproduct of ethanol, or consumable alcohol, and glucuronide, a compound that is produced in the liver. When someone consumes an alcoholic beverage, no matter how small the amount, EtG is formed in the system and will be eliminated in the urine,” says the article from the New York City criminal defense lawyers. 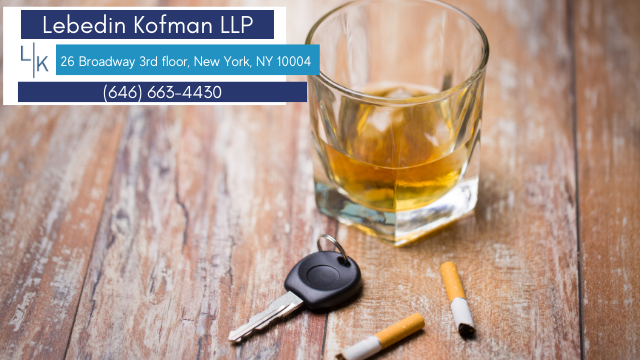 Attorney Russ Kofman explains that an EtG test is a biomarker test. These biomarkers are measurable substances that indicate things such as diseases, infections, or other environmental exposures. An EtG test usually indicates whether or not the tested individual has been exposed to alcohol. EtG can also be detected in urine for a more extended period of time than it can be in the blood or breath.

Defense attorney Arthur Lebedin adds that depending on the consumption level, EtG can be present in the urine for up to 80 hours. Because EtG is extremely sensitive, it can detect even the lowest levels of EtG in the urine and can confirm the presence of alcohol in the system for up to five days after consumption.

In the article, the lawyers explain that an EtG test is often used to detect alcohol in situations that demand alcohol abstinence. These can include DUI and DWI programs, alcohol treatment programs, probation programs, family court cases, and professional monitoring programs.

According to the defense lawyer, “While the EtG test has a high success rate in determining alcohol in the system, it cannot detect where that alcohol came from. Unfortunately, EtG testing has been shown to be far too sensitive and has shown positive results from a number of common products used in the household, including mouthwash, aftershave, hand sanitizer, breath spray, and many others.”

Lastly, attorney Kofman emphasizes the importance of having a skilled lawyer when a person is facing criminal charges or DWI charges. An experienced lawyer may be able to help the defendant understand their rights and protect their freedom.

Russ Kofman and Arthur Lebedin are seasoned, aggressive litigators handling cases in both the state and federal courts. Together, they manage the Lebedin Kofman Law firm. They also handle civil rights cases. Attorney Kofman and attorney Lebedin believe in their clients and work hard to fight for their rights and help them receive the best possible outcome for each of their cases. Call today to speak with an experienced attorney: (646) 663-4430.