Naples divorce lawyer Russell Knight releases a new article (https://divorceattorneynaplesfl.com/parenting-time/) that explains how visitation works in Naples, Florida. The lawyer mentions that since 2008, domestic relations law in Florida does not have a “visitation”. Instead of saying “visitation”, Florida’s new law says “parenting time” which gives a clearer definition of what visitation really means.

According to the Naples divorce lawyer, “Until there is a parenting agreement, the status quo is essentially the agreement until there are words put on paper. All other details of the child’s schedule are essentially treated as though the parent the child lives with has sole custody, meaning that the parent decides everything.” 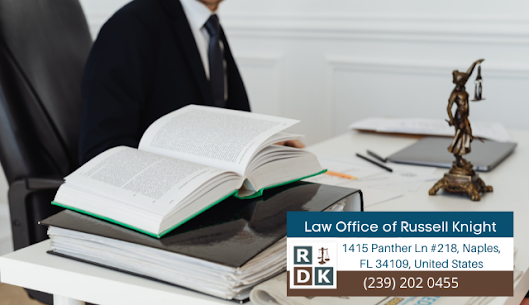 The lawyer explains that specific parenting time can only be determined by the parents if they create a child’s schedule in great detail. This schedule will be entered into a parenting agreement during a divorce process or if there was a parenting action pending in court. The parenting time will usually focus on who the primary parent will be.

Attorney Knight also says that the “primary parent” is the one who lives in the school district where the children attend. This simply means that the primary parent is the parent whom the child will spend most of their time with. The other parent will be granted minimum time, usually every other weekend and after school Wednesday.

Furthermore, the divorce lawyer says that there is also a holiday schedule that should be included in the parenting schedule. Holidays are usually distributed on an even-odd system. Having a parenting schedule may allow both parents to have more time with their children during the summer vacation.

Lastly, attorney Knight emphasizes the importance of having a Naples, Florida family law attorney who may be able to help ensure that the visitation is enforceable and modifiable. An experienced attorney may be able to help the client understand their rights and responsibilities when it comes to their parenting time.