Michigan probation violation lawyer Paul Tafelski releases a new article (https://www.michigandefenselaw.com/etg-test-probation.html) that explains what an ETG test is, and how probation for OWI offenders works. The lawyer mentions that OWI offenders can be required to refrain from drinking alcohol while they are on probation. The state can conduct both scheduled and surprise tests to ensure that they don’t consume any alcohol. One test used for this situation is the EtG test, short for the Ethyl Glucuronide test.

“When an EtG test reveals that you have consumed alcohol, this can serve as evidence of a probation violation. A probation violation could result in additional penalties, up to and including incarceration. However, the U.S. Substance Abuse and Mental Health Services Administration (SAMHSA) has declared the EtG test to be unreliable,” says the Michigan probation violation lawyer. 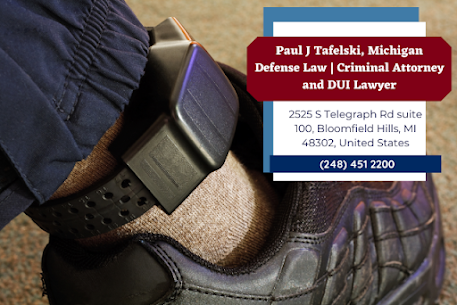 The lawyer explains that an EtG test is a urine test that is used to determine if someone has consumed alcohol in the past 80 hours. It is also called a biomarker test. Biomarkers are physiological indicators that an individual has been exposed to alcohol. In the early 2000s, the EtG test was regarded as one of the most sensitive and reliable tests available.

In the article, attorney Paul Tafelski mentions that the EtG tests are actually unreliable. In fact, SAMHSA issued an advisory in 2006 that indicates that the EtG test “should not be used as the sole basis for legal or disciplinary action.” The warning explains that the test is too sensitive and is unable to distinguish between alcohol absorbed into the body from the use of common household products and alcohol consumed for recreational use.

Furthermore, the probation violation attorney also discusses that a lot of everyday items at home can also result in a false positive on an EtG test. Even using a hand sanitizer with approximately 64% ethanol may be able to yield a positive test result in the EtG test. Other studies have supported the notion that an EtG test is not the most reliable measure of whether someone has consumed alcohol.