“Generally speaking, Michigan residents are subject to two distinct sets of criminal laws. There are the laws set out in Michigan’s statutes, which define a wide range of crimes within Michigan’s borders. And then there are federal criminal laws, mostly set forth in Titles 18 and 21 of the United States Code, which apply nationwide and are prosecuted by one of the two U.S. Attorney’s Offices in Michigan in one of the two federal judicial districts in Michigan,” says the Michigan federal defense attorney. 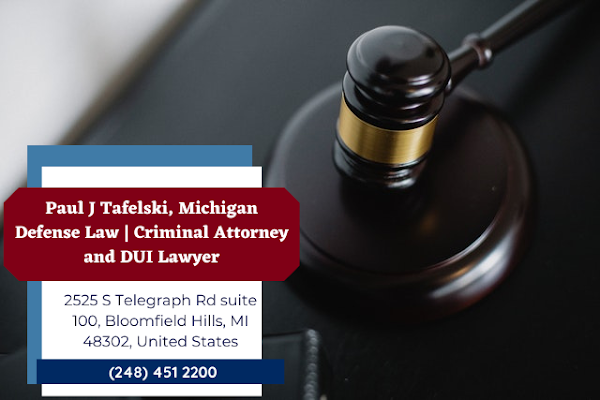 In his new article, Mr. Tafelski also discusses how federal prosecution usually differs from state-level prosecutions. He mentions that local prosecutors often rely on state and local police to investigate criminal activity, but federal prosecutors have the resources and power of the FBI, Department of Homeland Security, and other federal agencies.

According to the defense lawyer, “Federal judges impose different sentences than state courts. For example, they will often give harsher penalties at sentencing for crimes that they believe are particularly harmful to their communities or the nation as a whole. Federal judges also have more discretion to impose consecutive sentences for multiple federal crimes committed during the same criminal episode.”

Aside from the aforementioned, the federal defense attorney also talks about the stages involved in a federal criminal case. He outlines the steps of a usual proceeding according to the Federal Rules of Civil Procedure. He also adds that each case is unique, but the steps he talked about in the article are usually included in the process.

Lastly, Mr. Tafelski also explains in his article the role of a federal defense lawyer in a federal case. He says that federal criminal charges are very serious since the federal government has a tremendous amount of legal power. These stakes can be very high. This is why he recommends having an experienced federal defense attorney if anyone is involved or accused of any federal case.