According to the Michigan aggravated assault lawyer, “Felonious assault is a very serious crime, and the penalties and consequences for a defendant convicted of felonious assault can be life-changing. It is important that you understand your legal rights if you have been accused of assault with a weapon or are charged with felonious assault.” 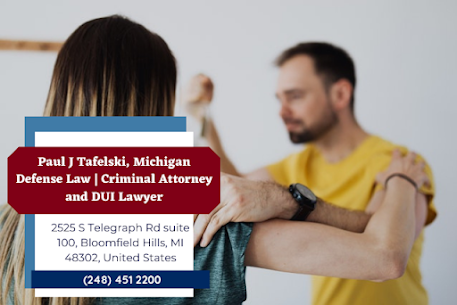 In the article, the lawyer explains that an assault may rise to a level of a felony if there was any display of a weapon in a threatening way. These dangerous weapons include guns, revolvers, pistols, knives, iron bars, clubs, brass knuckles, and others.

The aggravated assault lawyer also adds that an assault can be charged either as a simple misdemeanor or a serious felony if the assault included a weapon or if the victim was injured severely. There are also factors that are used to determine how an assault is charged.

Aside from those, the lawyer discusses the penalties for felonious assault in Michigan. The aggravated assault lawyer mentions that if someone is convicted of felonious assault or assault with a dangerous weapon, they could end up in prison for up to four years or pay a fine of $2,000.

Additionally, the assault attorney adds, “If the assault took place in a “weapon-free school zone,” then you face imprisonment for not more than four years, a fine of up to $6,000, and up to 150 hours of community service. If your case is ultimately reduced to a misdemeanor assault, the potential penalties are significantly less serious.”

Furthermore, attorney Paul Tafelski also says that each case of felonious assault is unique. This is why the lawyer emphasizes that having an experienced lawyer is crucial when someone is accused of a felonious assault. Having an experienced lawyer can help with a person’s defense and make a sound argument to help them receive a more favorable sentence if not completely set them free.

To learn more about aggravated assault and how Michigan Defense Law can help, visit https://www.michigandefenselaw.com/aggravated-assault-lawyer/.

Paul Tafelski, David Goukassian, and the group of lawyers at Michigan Defense Law have more than 25 years of combined experience in the field of criminal defense law. Their skilled legal team is committed to protecting the rights of those who are in difficult situations.

Michigan Defense Law is a firm that takes the presumption of innocence seriously. Every client deserves competent legal representation. For those who are facing a misdemeanor or felon charge, the lawyers will aggressively fight for them and ensure the best possible outcome for their case.