Maggie Flanigan Studio, a New York, NY based acting studio, recently released an interview with Christine Lee. The interview delves into the Maggie Flanigan Summer acting program, what the program entails and what aspiring actors can hope to get out of the experience. In the interview, Lee, a student currently enrolled at the acting academy, discusses the Meisner technique and how the studio’s summer acting classes have helped her grow and develop as an actor. Learn more here: Summer Acting Classes New York City. 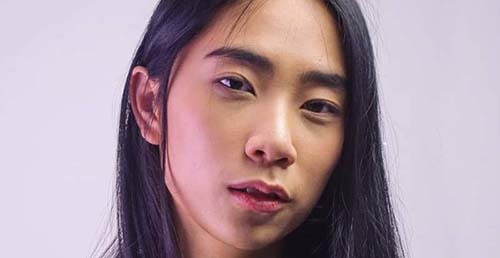 “I’ve taken some courses and classes before Maggie, but you hear this across the board that people weren’t prepared for how intensive it was going to be, how tough and how trying it is but in the best way,” says Lee. “I always wanted to share my humanity with the world, and I thought I was doing enough with these other courses and classes. I’m not knocking them or anything. I’ve gotten a lot from them, but with Maggie, it zones in on that need to provide the world with such a raw view of what it means to be human. I didn’t know something like that existed before Maggie’s. I would say that is something that distinguishes this program from something else, from another program.”

Lee believes that the program is for people who consider themselves real artists. The program, according to Lee, caters to those who are looking to master the art of acting and offers very little to those who simply see acting as a way to become famous. The studio’s summer acting courses are made for people who are truly passionate about acting. Learn more here: Summer Acting Courses For Adults New York City.

Lee’s experience with the program was, in many ways, different from what she expected. In response to the question of how exactly the program differs, she says, “There was a strong sense of community that I wasn’t feeling in my other acting classes. Just the technique, in general, was very comprehensive. It starts from one thing that seems just you don’t understand, but you start to understand, the more progress you make. I think that’s an enriching journey. As opposed to other things, it’s just a clump, a clump here, a clump there. It’s less comprehensive. It’s less integral. I think something that Maggie does pushes you, and it also requires you to give something back.”

Lee is one of many young actors currently studying acting at the Maggie Flanigan Studio. The studio teaches the Meisner technique, an approach to acting that encourages actors to behave instinctively to the surrounding environment. Lee describes the technique as being an acting technique that challenges the actor to get information for the other person in a way that is not scientific or technical, but more personal and instinctive.

The technique was developed by Sanford Meisner, one of the founding members of the Group Theatre in New York City. It has roots in the technique developed by Russian actor and director Konstantin Stanislav. Meisner actors avoid memorizing lines with vocal inflection or gestures, instead choosing to react to the action as it unfolds, allowing for the creation of moments that they might miss the opportunity to create due to having memorized a set of reactions and gestures.

The studio has helped many people achieve their goals as artists, having taught dozens of young people everything they need to know to take their acting to the next level. “I think this program serves those the best who deep down feel like they have something to offer humanity in terms of showing things that aren’t usually seen when you’re just walking down the street or even in the office place,” says Lee. “This program is for people who consider themselves real artists, not those who just want to become famous. You learn about the craft of acting here. You learn how to work. If that’s your mission in life, I think that no matter what, if you take this program, it’s still always going to be a super-rich thing that no one I know has ever regretted taking. It spills into your personal life and spiritual life and who you are as a person. There’s no way I don’t think that you come out of this program worse than before. It’s just such an enriching program that I can’t imagine not taking something like this.”