Cherry Hill, NJ - Legacy Healing Center, a behavioral health center in South Florida and New Jersey, is joining forces with other organizations in support of Post Traumatic Stress Disorder (PTSD). June is PTSD Awareness Month which aims to educate the public about the issues faced by people with (PTSD). Legacy Healing Center is raising awareness with a particular emphasis on substance use disorders within this population. PTSD, according to the U.S. Department of Veteran Affairs, is present in as many as 8 million Americans in 2021.

PTSD Awareness Month helps to raise awareness about the mental health disorder so that people who need help can access it. Even though treatments for PTSD are highly effective, many people still suffer in silence and may turn to substance abuse in an attempt to cope. Ultimately, the use of drugs or alcohol to treat the symptoms of PTSD or trauma exposure only makes matters worse. It often leads to comorbidity where the person must face the dual diagnosis of PTSD and, eventually, addiction symptoms. 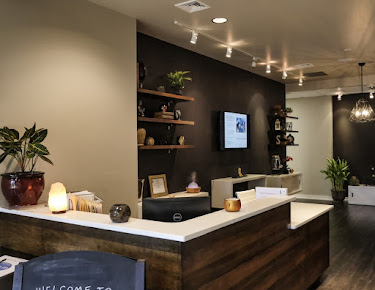 Trauma exposure and PTSD occur in the general population and at particularly high rates in veterans and first responders. The U.S. Department of Veterans Affairs has stated that 60 percent of men and 50 percent of women experience as least one traumatic event in their life such as sexual abuse, physical assaults, witnessing death, and other experiences. As many as 8 percent of the population will experience the symptoms of PTSD in their lifetime.

Veterans, first responders, and other people who suffer from PTSD or symptoms of trauma exposure can find it difficult to ask for help. Even today, there is a stigma surrounding treatment even though the treatment is highly effective and can positively transform a person’s life. When left untreated, PTSD and trauma can cause a person to seek relief through alcohol or drug abuse.

First responders and veterans work in highly stressful vocations and experience high rates of PTSD and trauma. Unfortunately, this population also experiences high rates of substance use disorder if the mental health issue isn’t treated. Studies by The U.S. Department of Veteran Affairs show that as many as 20 percent of veterans who suffer from PTSD symptoms also have SUD. In first responders, data suggests that the number of women who binge drink is roughly 40 percent compared to the normal 12 to 15 percent in the general population.

At Legacy Healing Center, the importance of treating the co-occurring mental health disorders of PTSD and addiction is fully understood. Only through the simultaneous treatment of trauma, PTSD, and addiction are lasting effects achieved.

Legacy Healing Center provides clients with a range of trauma therapies including hypnotherapy, cognitive-behavioral therapy, psychodynamic therapy, trauma incident reduction, rapid resolution therapy, neurofeedback, vibroacoustic therapy, and neuro-linguistic programming. When the root causes of substance use disorder are treated, including the lingering effects of traumatic stress, then lasting change can be achieved.

People who suffer from symptoms of PTSD, trauma, or substance abuse are encouraged to reach out for help this PTSD Awareness Month. To get involved, help to spread the word by sharing information on PTSD, its prevalence, and the fact that effective treatments are available. By coming together as a community, people struggling with PTSD, addiction, and other mental health disorders can discover a life of peace and happiness. Legacy Healing Center is available anytime 24/7 to answer questions and provide guidance. Call (888) 534-2295 or go to www.legacyhealing.com