Augusta, GA based Lee Ringler Law Offices is taking steps to educate local residents about bankruptcy and how they can navigate its various challenges. Since their team has close ties with the Augusta community, the firm would like to reach out to people in such situations and explain what bankruptcy is, what options are at their disposal and how the Lee Ringler Law Offices’ assistance can prove to be of great benefit. Lee Ringler and his team have already helped countless people with their bankruptcy issues, and they are keen to maintain this momentum.

In general, people tend to have a vague idea of what bankruptcy is and what it entails, and a critical issue lies in the fact that many of their beliefs are based in myth. As Ringler observes, “They say we live in the Information Age. Thus, many people know a little bit about bankruptcy (maybe from surfing on the web or Googling too much), or sometimes because they went through a case, or they knew someone who did. More often, it’s because they heard from a friend who heard from a friend and so on. You get the idea. Like most rumors, most of the information is either half-true or just plain wrong, and some of it can be disastrously wrong. During my long career in bankruptcy court, I have compiled a list of some common misconceptions.”

Some believe that bankruptcy means they will not be able to get credit again for a decade. This is untrue for most people, and over the past 10 years over a million people have filed bankruptcy. A credit report may reflect a bankruptcy for 10 years, but most people can apply for financial aid as usual almost immediately after their bankruptcy period ends. Lenders may charge higher interest rates, and it may be slightly more difficult to get anything done financially for a while — but bankruptcy is most often not the 10-year financial death sentence people seem to think it is.

Ringler explains, “The fact is most people go into bankruptcy with lousy credit. They'll be able to return to, and maybe surpass, their pre-bankruptcy FICO score more quickly than the rare debtor with pristine credit who needs to file bankruptcy after, say, a serious illness, which could mean a credit score drop of 100 points or more. Because 35% of one’s credit score is based on payment history, the further consumers get from any missed payments, the more their score improves. How to quicken the recovery? Establish new credit as soon as possible, either through a new credit card, maybe one of those secured cards, if they're still available, or car loan, though bankruptcy filers will have to pay higher interest rates."

When it comes to bankruptcy, there is a great deal of reliable advice on what to do and what to avoid. Certain actions can seriously damage an individual’s ability to recover from bankruptcy, for instance, so care must be taken. Commenting on a real-world example, Ringler advises his community that they should not deed a house to their children. Many people begin thinking of transferring ownership of things in order to avoid losing property when they go bankrupt, but this could be considered a fraudulent transfer and have serious repercussions for both the original owner and the new owners.

Bankruptcy is complex, and having a lawyer to handle it is absolutely necessary. It is not easy to keep up with bankruptcy law, and while it may be legal to represent oneself, this is often viewed as a mistake. Hiring a lawyer is almost always the best thing to do even if it may be more costly in the short-term than going without a lawyer. The benefits of legal representation far outweigh the potential pitfalls.

Ringler says, “Subject to bankruptcy court approval, bankruptcy lawyers can charge whatever they want. You can expect legal fees for a Chapter 7 case to be in the range of $1,000 to $2,500, especially if the case involves a business or is otherwise complicated. If you hire a lawyer to rescue a case that you tried to file yourself, you should expect to pay more. Likewise, if you retain a lawyer shortly before a scheduled foreclosure sale, you should expect the fees to be higher because your lawyer will have to drop other work in order to focus on your emergency. As is often the case, it costs less when you plan ahead!” 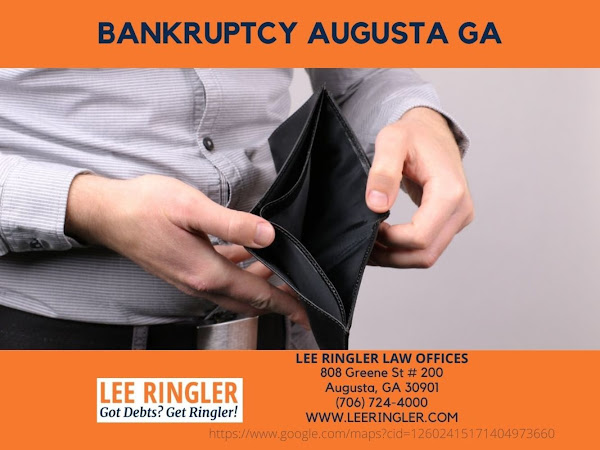