Sonic Twist® celebrates the release of the first four of 17 new music and video recordings on You Tube and www.theorchard.com. The new CD is called “Unity”. Each week the duo will release one track from the CD culminating on the full project release January 4, 2021.

Judi Silvano and Bruce Arnold chart new musical territory with Sonic Twist®. The duo has released 2 CD’s and this is the 3rd. Music has the potential to reach people on so many levels. Musical artists have long catered to audience preference. From the king’s court, to the desert serenades, to the fifty piece orchestra, to the worlds of jazz or to the smooth sounds of R and B and everything in-between.

Coming up over the next seventeen weeks Silvano and Arnold plan to release new compositions once a week on www.theorchard.com and YouTube, culminating with the release of the entire project “Unity” on January 4, 2021. This ambitious and timely effort offers many moods to soothe the pandemic blues, excite the ears and walk on new musical landscapes.

This music is an invitation to explore new ideas in sound. For listeners familiar with Sonic Twist®, this is the third release in the duo setting.

Judi Silvano is known for a wide range of musical artistry, from classical to jazz to free improv. With a musical sensitivity that is nourished by skills as a dancer and as a painter, the singer’s delivery moves from lightening fast passages to soft, melodic and lush long tones.

Silvano (www.judisilvano.com) is in her element with Arnold (www.brucearnold.com) weaving in and out of emotional and visceral musical terrain. 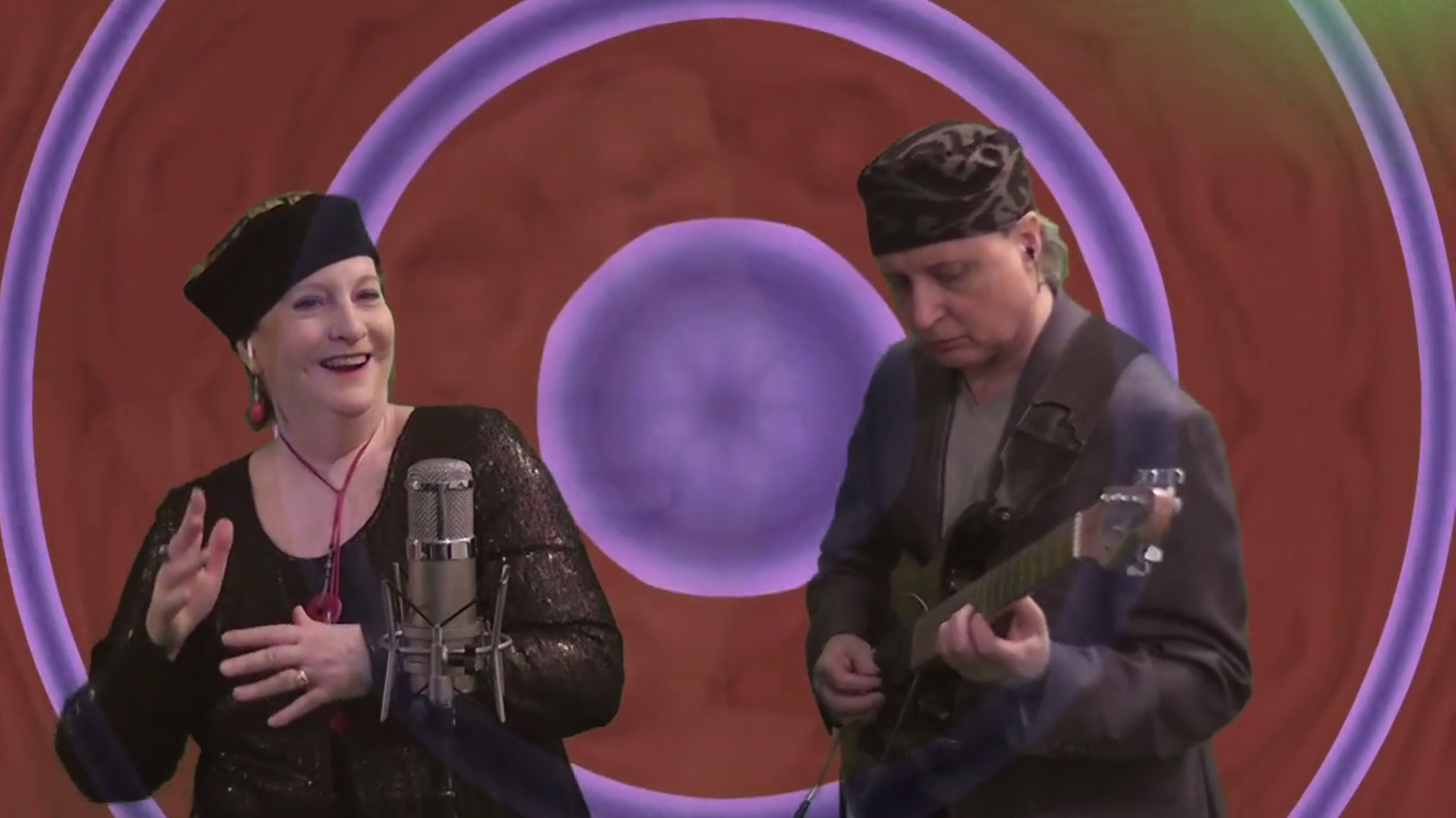 Arnold is known for lithe and startling guitar improvisations with sound filters. The author of many guitar books and a prolific composer, Arnold, along with Silvano, co-compose in the moment and use big ears to interplay and create unworldly textures through distinct musical personalities.

All the sounds on the seventeen releases are created in the moment, without any added studio touches. This intuitive exploration of sound is mesmerizing.

The music for “A-Ha!” came out of a series of early sessions at Bruce Arnold’s “Heard Instinct Studio”.

Along with the high caliber music duo, artist and video collaborator Michal Shapiro joined the two composers with an artistic video touch. Shapiro recollects, “…at the start, vocalist Judi Silvano immediately reacted to the pulsating rhythm that guitarist Bruce Arnold set up, with a vocal that seems to ripple like water over stones in a stream. Like many of Judi Silvano’s improvisations the music conjures up movement. Going from one musical gesture to another, aided by an array of plug-ins, Arnold is inspirational with the SuperCollider generated sounds, and subtle rhythmic shifts that move the music continuously forward.”

“A Ha!” was one of the first Sonic Twist® compositions recorded in front of a green screen. An idea generated by Bruce Arnold, the green screen backround added endless visual possibilities to accompany the music. Michal Shapiro brings a stylistic visual element to these recordings using original paintings for the background video textures to enhance the musical experience.

While listening back to the take, and preparing to edit “A Ha!” Michal Shapiro and Sonic Twist® agreed that there was something reminiscent of a flowing current in the music. Rather than looking for footage of water however, Shapiro decided to take a less literal approach. Using the original collage “Algae” as a backdrop and keyed it to the music’s transitions. The result is “A-Ha!” a refreshing and happy video.

“Capricious” is a lighthearted foray into the dynamic interplay between voice and guitar with no electronic effects in the mix. This track is fun, joyous and spirited, giving the listener a playful feeling and happy mood. The creative hand of Shapiro uses shapes and textures that move through the music and provide a delicate background for the duo’s musical dance.

“Compression Expansion” moves with light touches, fast passages, vocal glissandos, arpeggiated guitar motifs and deep colors for the visual backgrounds. Shapiro seems to focus on the breath and the movement of breathing as the visuals respond to the fast paced sound dialogs and delicate melodic weaving of the voice and guitar. Ever inventive, “Compression Expansion” sounds fresh with each listen.

Sonic Twist® is storytelling of the spirit, an aural and visual journey of wordless text and sounds that reaches into the stories of life. Judi Silvano and Bruce Arnold move between and beyond the right and left brain boxes and open up a window to a fun, playful world of sound and colors for grownups.

To learn more check out www.sonic-twist.com.

“That’s What That Is”