Juan Luciano, Esq. Discusses the Benefits of an Uncontested Divorce

New York, NY - While divorce is never easy, some couples are able to amicably resolve their issues without the court interceding. This kind of divorce, when a couple is able to work out issues between themselves, is considered an uncontested divorce. Uncontested divorces allow a couple to have more control over their divorce and can also save substantial money and time. 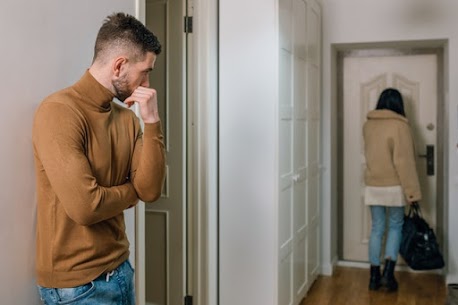 “When both partners work, have no children, or have simple assets to divide, these couples can make good use of an uncontested divorce. But even those who have a more complex divorce scenario can have an uncontested divorce. It can be a far more straightforward way for divorcing spouses when they can agree on how they want to handle such things as child support, custody, visitation, and asset and debt division,” said Mr. Luciano. “An uncontested divorce allows a couple to end a marriage peacefully, privately, and respectfully. Not all divorces need to be contentious, and when both partners can resolve their differences at this difficult moment, it sets them up for a future of cooperation, if necessary.”

In addition, contested divorces dealing with spousal support, custody, fighting over assets, and child custody can lead to a great deal of unpleasantness between the couple. A couple who can make compromises in their own best interests are often much better off than a couple that must abide by the decisions of the court should it require litigation.

“Having the assistance of an uncontested divorce lawyer or mediator can help soften negotiations and divide assets in ways that are beneficial to both parties. This can help reduce the stress and allows both spouses to feel as if they have been heard and got some important needs met,” continued Mr. Luciano. “When the conflict is eliminated, the marriage can end gracefully. Unlike the animosity that often accompanies contested divorces, the uncontested divorce sets out all agreements and responsibilities and lays them out for both parties. It is still an official court order that gets approved by a judge, but there is generally little intervention of the court in these matters unless one party looks unfairly advantaged. This is divorce on their terms, not the court’s. This is obviously not practical for all divorcing couples, but for those who can still work with each other, an uncontested divorce is quicker, simpler, and far more cost-effective.”

Juan Luciano is an experienced uncontested divorce lawyer in New York with over 15 years of experience in complex family law. During that time, he has guided hundreds of clients through the challenges of divorce. Learn more about him and his practice at https://divorcelawfirmnyc.com/new-york-uncontested-divorce-lawyer/.