Long Island, NY -- In New York, we have historically had some of the toughest drug laws in the nation. Even though these have eased over time since the Rockefeller laws of the mid-1970s, drug offenses are still taken very seriously in New York, and many offenses still carry heavy penalties.

Jason Bassett, Esq., a New York drug crime lawyer based on Long Island, explained that being charged with drug possession in New York can have far-reaching consequences for an individual over and above criminal penalties. 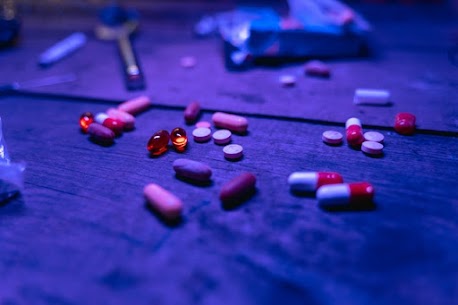 “Today, if you have been convicted of possession of a controlled substance, you not only face criminal penalties, but you also face what is known as collateral consequences. These are civil penalties imposed by the state that are triggered after a criminal conviction,” explained Mr. Bassett. “If you are facing a possession drug charge, you are not only facing potential fines and prison time, but you may also be facing other far-reaching consequences that can impact you for the rest of your life.”

While a criminal drug conviction will end with sentencing and its associated punishment, it also brings about other consequences that can affect an individual’s life. The prosecution can move to forfeit property, including money, vehicles, and even homes. Even an arrest and charge can adversely affect employment, housing, student loans, government benefits, citizenship, and other things.

For an individual convicted of a crime involving drugs, they will no longer be able to hold public office or pursue a career in law enforcement. A conviction may cause not only the loss of a job but also any professional state license. Physicians, attorneys, and anyone who holds a state license in New York may be subject to revocation after a drug conviction. Other collateral consequences can include driving privilege suspensions and student financial aid suspensions.

Many employers will also look at both arrest and conviction records for their current employees and future job applicants. A drug possession charge can be enough to forfeit both present and future job prospects, particularly in certain fields.

“While these are concerning, it is not entirely hopeless,” continued Mr. Bassett. “There are court diversionary drug programs or voluntary rehabilitation programs that may allow a more favorable disposition of the offense and may also help preserve a state license. Also, if a conviction has already taken place, receiving a Certificate of Relief from Disabilities may be enough to plead leniency at a revocation hearing. If you have been charged with drug possession in New York, it is critical to get the skilled representation that will fully consider how a charge or conviction will affect you short or long-term and help to avoid or reduce the consequences.”

Jason Bassett, Esq. is an experienced drug crime lawyer in New York providing skillful and strategic representation of those who have been accused and charged of drug crimes in New York. You can learn more about him at https://jbassettlaw.com/practice-items/suffolk-county-drug-crime-lawyer/.