Long Island, NY - Although the terms theft, robbery, and burglary are often used interchangeably for many, in the legal justice system they are very different crimes. New York burglary lawyer Jason Bassett has practiced criminal law in New York for over two decades and recently explained the legal difference between the three.

“To put it very simply, theft is where an individual takes another’s property without his or her permission. Burglary and robbery are far more serious crimes that can involve breaking and entering, using a deadly weapon, or other violent actions,” Mr. Bassett explained. 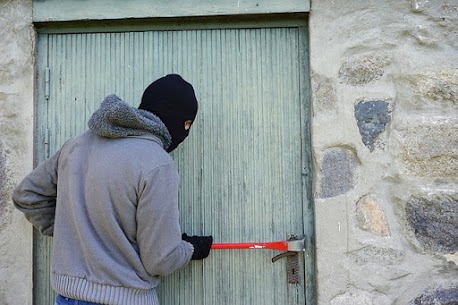 Theft involves taking the personal property of another, whether it is tangible or intangible in nature. A thief will take something without the property owner’s permission with the intention of depriving that person of the ownership of that property.

Burglary is defined as the act of an individual entering a building with the intention to commit a crime. Although burglary may include the act of theft or robbery, it is a separate crime entirely from any other actions.

“Consequently, a person can be charged and convicted of burglary without actually taking any property. This is why burglary often carries additional charges with it, including theft, robbery, or assault. Each of these are separate crimes with their own levels of degree and penalties. Although a burglary can involve theft or robbery, what differentiates it is the act of unlawfully entering a building without the owner’s permission with the express intention of committing another crime. It doesn’t even require a forceful entry. In fact, someone can be convicted of burglary without completely entering the building and just lifting a window and reaching inside,” explained Mr. Bassett.

The most important aspect of a burglary is the unlawful entry with an intent to commit a crime. The intention doesn’t have to involve taking physical property. Someone entering a building unlawfully to assault an occupant can be charged with burglary, in addition to other charges. In addition, all it takes to be charged with burglary is sufficient circumstantial evidence, such as the perpetrator using common burglary tools to open a door or window.

So while theft, burglary, and robbery may be used interchangeably by some of us, legally these are very different crimes and can be charged together or separately in varying degrees of severity, each carrying its own punishment, including jail time and fines.

Jason Bassett, Esq. is a former prosecutor and experienced burglary lawyer in New York. To learn more about his firm, go to https://jbassettlaw.com/practice-items/burglary-lawyer/.