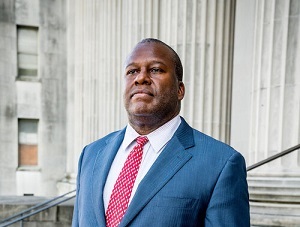 “I’m honored to have the support of New Orleans women in my campaign for increased equity, justice, and fairness on the Orleans Criminal Court. I’m proud of the work of the team that I’ve led at Orleans Public Defenders for the last 11 years. I want to bring that same turnaround spirit to the bench and continue to hold power accountable to the people, whether it is police abuse and misconduct, or whether it is prosecutor abuse and misconduct such as the use of fake subpoenas to intimidate victims and witnesses or the coercive prosecution of victims and witnesses. I’m going to champion reform, safety, and human dignity as judge and I’m honored to have IWO’s support to make it happen,” said Derwyn.

The roots of the Independent Women’s Organization go back to 1939, when a group of Louisiana women identified a need to eliminate government corruption. Their initial efforts were in support of reform candidates and good government. While they were registered Democrats, they were “independent” from the Democratic political machine and men that controlled state politics at that time. The Independent Women’s Organization continues to support Democratic candidates who are allies in the struggle for women’s equality.

Derwyn Bunton is the Chief of the Orleans Public Defenders office, which he has led since 2009. Under Derwyn’s leadership, OPD has risen to be one of the most respected public defender offices in the country. OPD has won numerous awards and accolades, including recognition by the Innocence Project of New Orleans, the Frederick Douglass Human Rights Award from the Southern Center for Human Rights, and the prestigious NLADA Clara Shortridge Foltz Award, given every two years to the most outstanding public defender office in the nation. Derwyn also currently serves as the chair of the National Association for Public Defense.

For more information about Derwyn Bunton, contact the company here: