New York, NY based Maggie Flanigan Studio (MFS) recently shared an interview with former student Kamau Mitchell that discusses the latter’s experience with MFS’ summer acting courses for adults in New York. The interview in question can be found on the Maggie Flanigan Studio Youtube channel. Similarly, a transcribed version can be found on the acting studio’s website. 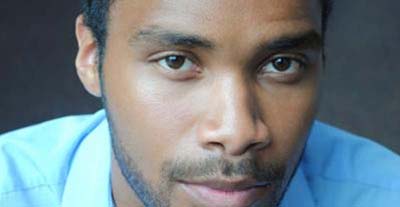 The course in question, the Meisner Summer Intensive, runs for six weeks over the summer, and it is an intensive program that welcomes both working actors and students who want to learn about the Meisner Technique. While it can help actors expand the boundaries of their craft, this program also allows students to experience what it is like to train as a professional.

Kamau Mitchell graduated from Howard University, where he was originally recommended the Meisner Summer Intensive. While he always planned on following the program at some point, it would be a few acting roles and three years later before he would discover he had the opportunity—and good reason—to join the program. This change of heart occurred once he moved to New York from Washington DC where he discovered that he still had a lot to learn despite his earlier success. Learn more about the Meisner Summer Intensive at the following link: Summer Acting Programs For Adults New York.

Mitchell’s initial efforts paid off few dividends; he shares that he found it difficult to get jobs no matter where he tried (the actor confides that he tried off-Broadway, Broadway, TV and film to little avail). That’s when he decided that enough was enough, and he needed to stop and take stock. “Then I moved here about a year ago, and said, “Oh, I’m good, but so is everyone else.” That instant gratification I was receiving in DC went away, so I was down on myself, and I realized that my self-worth was created by results that I was always getting,” says Mitchell. “I had a massive ego because I was very insecure. I had this ego, and it showed itself when I wasn’t getting the work that I was getting in DC.” He thought to himself, “I am not doing this until I get myself together until I get my soul back on track.”

This period of reflection, punctuated by a great deal of reading and learning to live in the moment, eventually led Mitchell to Maggie Flanigan Studio’s doorstep. Here, he hoped to develop a strong work ethic, the remaining factor that he believed he needed to further his craft. While Mitchell was confident that he had the base ingredients of what defined a successful artist, instantly likeable features and a conventionally attractive sense of charm (to begin with), he had come to realize that these factors alone would support only a mediocre talent if he allowed himself to rely on them exclusively.

“I talked with Charlie, we set up an interview to do this program, and I told him what I wanted,” he says. “I said, “I want to be an actor. I don’t want to be a star.” Star sounds nice. It does look nice, making millions of dollars doing what you love to do. That sounds great, but I know that that’s not important. I know that doesn’t guarantee me joy.”

Fortunately for Mitchell, a large part of Maggie Flanigan Studio’s approach to the art of acting has to do with allowing artists to embody themselves when taking on a character. This does not mean that they overwhelm the intended character by behaving like themselves; rather, the Meisner technique asks an actor to search deep within themselves to bring out experiences that support what the role needs to work. It respects that each actor has something unique to bring to the table, such as certain life experiences that can add an invaluable element to any character they happen to portray.

Mitchell, for instance, says that he greatly admires method actors and what they are capable of. However, he believes that method acting would not be possible for him given that his personal goals are not compatible with such an approach. Thanks to the Meisner Summer Intensive, he learned that this crucially does not mean he would be unable to become an actor who is more accomplished in his craft. Instead, he could follow his dreams in a far more healthier manner.

The full interview can be accessed on both the Maggie Flanigan Studio website and Youtube channel, and it offers more insight into Mitchell’s journey as well as a number of other students. Those who wish to learn more about the academy’s summer acting classes for beginners in New York may reach out to Charlie Sandlan of Maggie Flanigan Studio in order to get started. MFS can be found on multiple social media platforms as well.