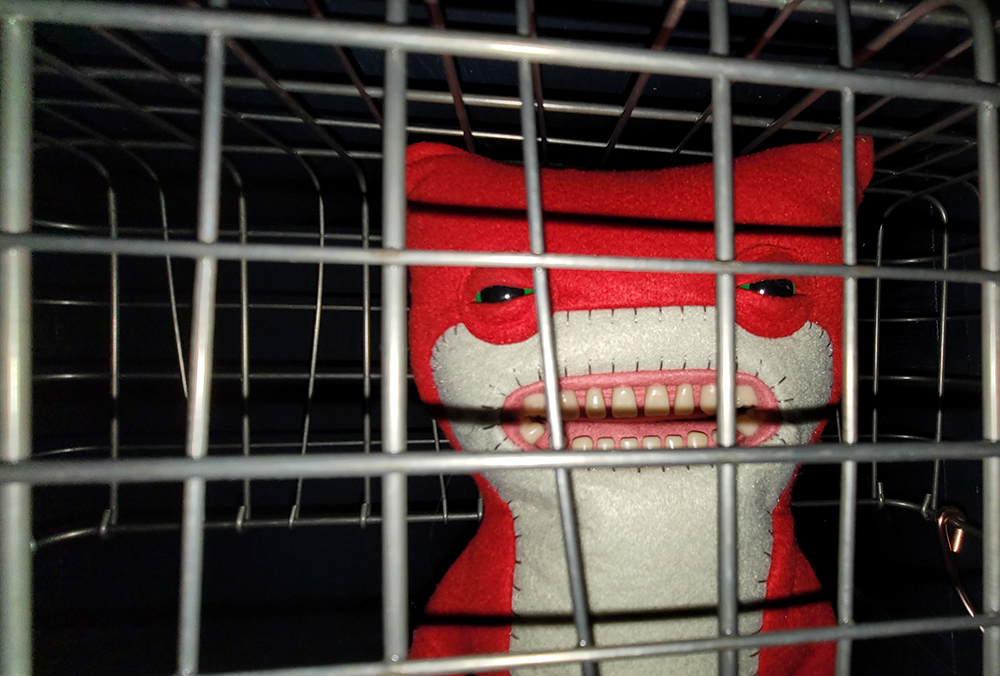 mBrace had acquired the creature to evaluate the idea of using him as a marketing character. According to a company representative in the release, the odd creature was meant to "steal smiles". Details on exactly what that means were not forthcoming. However, more disconcerting than the appearance of this creature is the announcement from mBrace that Miles has mysteriously disappeared from the kennel he was kept in at the orthodontics practice.

A junior staff member at the practice who had been charged with the creature's care on Thursday, September 3rd came back from her lunch break to discover an empty kennel.

"I don't know what happened," she stated, "I was only gone for maybe 15 minutes and when I came back, the kennel door was open and he was gone. No one else even had the key to the office."

Management for the practice did not disclose any further detail but stated that a police report had been filed.

mBrace Frisco Orthodontics, a popular braces practice in Frisco, TX recently and inadvertently disclosed that they were working on plans to adopt Miles as their anti-mascot when a company representative posted pictures of the weirdly human-toothed monster on a personal social media account.

Daniel James, a PR representative for mBrace stated, "Miles was just a idea we stumbled on after I found him in a market on vacation in Morocco. I picked him up on a whim and brought him back and then, in a meeting I mentioned him as a sort of joke for an anti-mascot and everyone jumped on it. At one point, we realized he naturally wanted to steal smiles. We were still figuring out exactly what to do with him when he disappeared."

Daniel mentioned that at least a couple of dozen people including staff of the practice have been incentivized to find Miles or at least report sitings of him.

mBrace Frisco Orthodontics has posted a picture of Miles as seen in this press release. A company spokesperson mentioned that if Miles was not located soon, the company would likely launch a reward program to help track him down.