Florida divorce lawyer Russell Knight releases a new article (https://divorceattorneynaplesfl.com/division-of-marital-assets/) explaining the division of marital assets in Naples, Florida. The lawyer mentions that in Florida, the couple’s assets and liabilities will be totaled and categorized as marital or non-marital assets. The property will then be divided equally after it has been identified as marital or separate property. 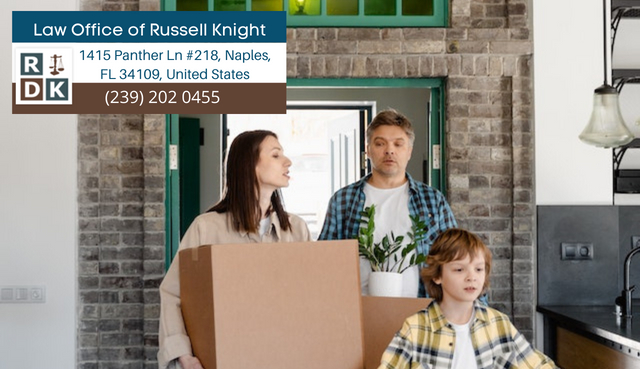 “The first step to determining what assets are marital and what assets are non-marital is finding out what assets exists in either party’s names or within their control. The process of discovering these assets is literally called discovery. Once discovery is thoroughly completed, the formal analysis regarding the division of assets can begin,” the Florida divorce lawyer says.

The lawyer mentions that any property earned, obtained, and accumulated during the marriage is marital property. If the property was acquired during the marriage, then it is marital property. Assets that are acquired after the “cut-off date” are not marital assets. The cut-off date for determining assets and liabilities to be identified or classified as marital assets is the earliest date that the parties enter into a valid separation agreement.

Attorney Russell Knight adds that a single asset may have a marital and non-marital portion. These assets include retirement funds and pensions. Vested or not, these assets are marital property for the period of which they are accumulated and increased in value during the marriage.

In the article, attorney Knight explains, “Property purchased during the marriage is marital but if purchased using funds that were non-marital, that property may be considered non-marital despite the marital time of acquisition. A marital asset can also become non-marital if the parties contract to do so in a post-nuptial agreement.”

The Florida divorce lawyer stresses that it is important to consult an experienced attorney when dealing with family law matters. A skilled attorney might be able to help clients understand their rights and responsibilities during the divorce or separation process.