“Too often, parents think orthodontic treatment isn’t needed until their child is in their preteen or teenage years,” said Dr. Ryan Redford. “However, there are a host of orthodontic issues that we can address and fix between the ages of 7 and 11. By intercepting problems early, we are able to prevent serious problems from developing later in life. It is much easier to address certain orthodontic issues like narrow jaws, mismatched jaws, and crowded or crooked teeth when patients are young. If left untreated, certain conditions can become expensive, painful, and difficult to correct during later adolescence or adulthood.” 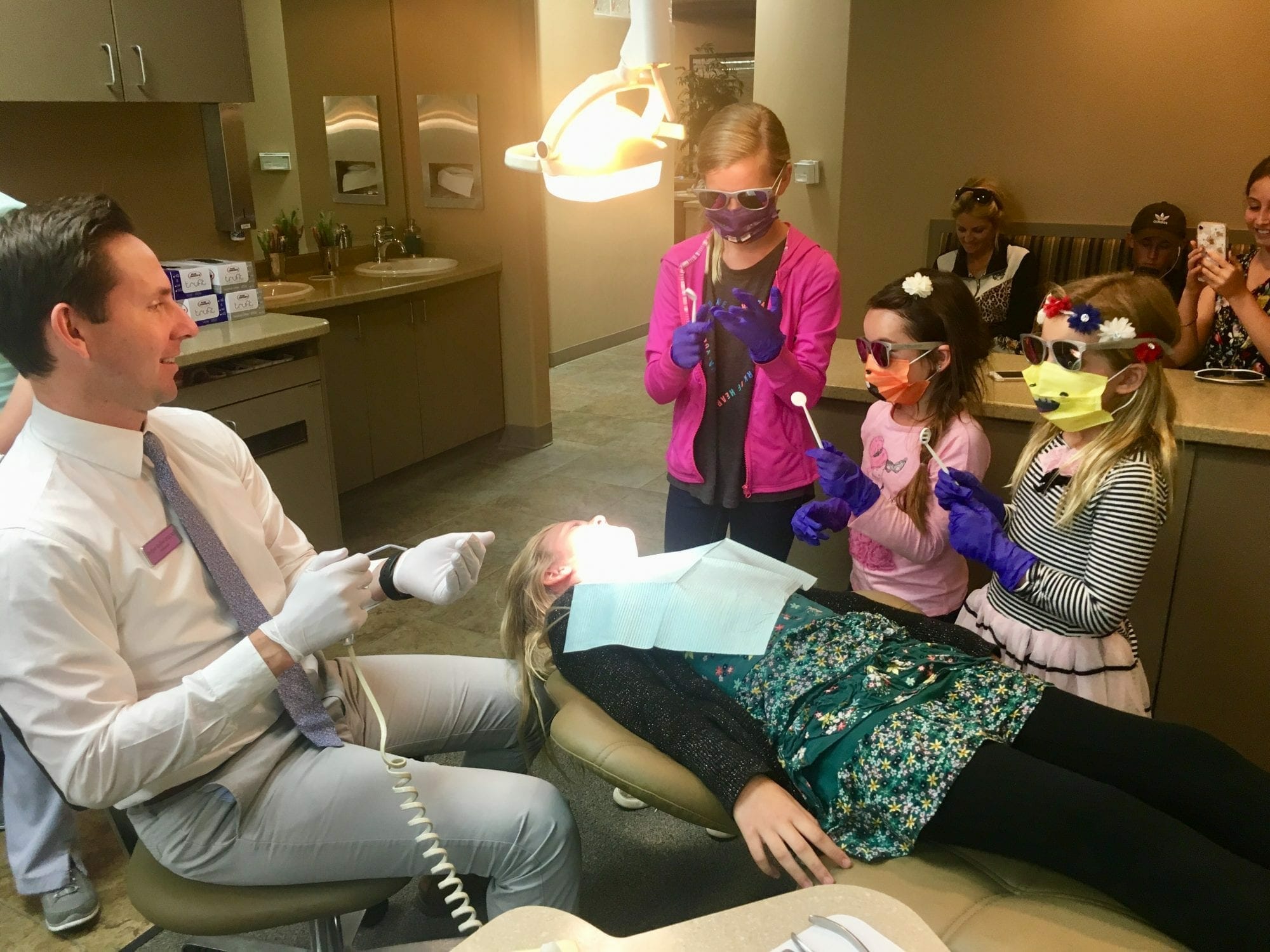 The American Association of Orthodontists (AAO) recommends that children have a consultation with an orthodontist no later than the age of 7. “By age 7, we can spot subtle problems with jaw growth and emerging teeth,” said Dr. Redford. “We are particularly interested in how a child’s bite is developing. With younger children, we’re able to achieve results that aren’t possible in adults. This is because a child’s face and jaws have not finished growing. Their teeth and the underlying bone are more pliable.”

One of the more common problems that interceptive orthodontic treatment can address is a back tooth crossbite, which occurs when the upper jaw is too narrow to fit properly with the lower jaw. “With young children, we can address crossbites by expanding the jaw easily and comfortably with a simple expander device,” said Dr. Redford. “If crossbites aren’t addressed when patients are younger, correcting the issue later in life is much more invasive and can require surgery.”

Another common bite issue addressed by interceptive orthodontics is an underbite, which happens when the lower jaw sets ahead of the upper jaw. “Underbites pose a risk to the health of the permanent front teeth and all things considered, earlier treatment is better with this type of problem. Underbites might be caused by mismatched growth or size of the jaws, but it can also be caused by crooked teeth that are out of place,” said Dr. Redford. “We have a variety of treatments for underbites, depending on the cause. For example, special appliances can be used to move the jaws into a better relationship and protect the front teeth from being damaged or worn.”

Protruding front teeth are upper front teeth that stick out. Although commonly called “buck teeth,” the proper orthodontic term is overjet. “An overjet should be addressed as early as possible because of the possibility of severe dental trauma. This is especially important for active children or those involved with sports,” said Dr. Burke.

Another issue that interceptive orthodontics can address is ectopic eruptions, which happens when a permanent tooth begins to erupt in the wrong place. This often happens when children have a combination of baby and permanent teeth. “Although ectopic eruptions can sometimes self-correct, regular monitoring helps to ensure that everything is progressing properly,” said Dr. Redford. “If an intervention is needed to guide a tooth into the correct position, we have a variety of options depending on the patient’s situation. These relatively simple solutions can prevent these wayward teeth from remaining stuck underneath the gums or damaging adjacent permanent tooth roots.”

Parents in Riverside County can contact Burke & Redford Orthodontics to schedule a free consultation to determine if their child would benefit from interceptive orthodontics. Offices are located in Temecula and Lake Elsinore.