Emilio De Simone, lead attorney at a firm specializing in DUI cases in Denver, Colorado, is pleased to announce that he has received the highest ranking possible of ‘AV Preeminent’ by a respected legal peer review ranking site. This ranking was given by the Martindale-Hubbell Law Directory. They are considered by many to be the foremost authority in the USA when it comes to attorney peer reviews and rankings. This high ranking of ‘AV Preeminent’ means that the Denver DUI firm performs exceptionally in all aspects of its law practice. It’s an honor that very few law firms get to experience because the results are tabulated using only verified reviews that take into account not only a firm’s legal ability but also their ethical standards.

According to Attorney De Simone, this attorney evaluation service has been doing its job for over 130 years now. That’s why it’s such a well-respected peer review and rating site. The first results of their reviews were published way back in 1887 under the name of Martindale’s American Law Directory. Since that time the name has changed but the strict standards to which they hold themselves when tabulating their results have not. He says that of course the method of garnering the reviews has gone from doing it by handwritten forms to surveys done online, but the basic concepts and integrity of the survey have remained the same. The guide is one of the few ways that a prospective client can be certain they are being represented by a law firm that is trustworthy, ethical, and skilled in their field of legal expertise. The firm’s lead attorney says that what’s even more important as to the weight that these surveys carry is that they are completed by other attorneys that are very familiar with a variety of legal specialties.

“The information on which our ratings are based has been procured at great expense by a system of our own; not relying on any single source, but verifying through several mediums,” said J.B. Martindale the founder of the Martindale-Hubbell Law Directory.

Attorney De Simone says, “I am especially honored to receive this incredible rating because it not only reflects upon my efforts but on the efforts of everyone here at DUI Law Firm Denver. It’s a group of legal experts and support staff that are am very proud to be a part of. This highest Martindale-Hubbell Law Directory rating of ‘AV Preeminent’ proves that we give all of our clients that are involved in DUI legal situations the very best council that any law firm can provide. It’s something that we strive to do for every single client that we represent.” 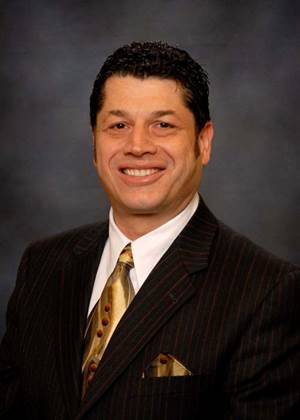 According to Attorney De Simone, he also gives some credit for his firm’s high peer review rating to his very unusual educational and work background. Before he decided to pursue a law career, he became an engineer that was eventually tasked with designing computer chips. He admits that this previous scientific work background gives him an advantage when it comes to challenging the validity of DUI and other tests that are done using various types of technical and diagnostic equipment. The lead attorney for the firm says this diverse legal and technical background has proved extremely valuable when it comes to defending those who have been accused of DUI, alcohol, and drug-related crimes. Some of his legal specialties include representing those that stand accused of breaking DUI laws, driving under restraint (DUR), and helping his clients with license reinstatements and other types of DMV hearings. He is also very proficient at defending those that need representation for crimes allegedly committed under the influence of drugs and those charged with domestic abuses. Attorney De Simone provides consultations free of charge and a scheduling form for this can be found on the firm’s website.

The DUI Law Firm also has locations in Denver, Boulder, Longmont, and Aurora. For those that are seeking legal representation in a DUI, alcohol, or drug-related matter, Attorney De Simone says that his firm can be reached by phone at any time.