CTZN, the token for Totem New Earth Systems, can now be traded on Coinbase, a market leader in cryptocurrencies. The CTZN token initially launched with an IDO (Initial DEX Offering) on December 17, 2021, at 14:30 UTC on Pancake Swap.

A spokesperson for Token New Earth Systems talks about the inclusion of CTZN on Coinbase by saying, “With over $327 billion in quarterly volume traded, over 100 countries supported, and more than 73 million registered users, we couldn’t have found a better exchange to add CTZN to. We are confident that this listing will bring in even more interest in the project and help us achieve our original vision for Totem, to create a new and energetic community that is fair, equitable, open, and prosperous. If you are interested in the project and want to see it succeed, head over to our website to find out how you can secure a slice of this new and exciting metaverse for yourself.” 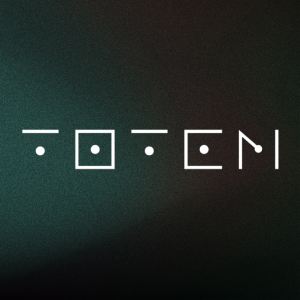 Buyers interested in purchasing CTZN will need to get a self-custody wallet such as the Coinbase Wallet since it can only be purchased with another cryptocurrency on decentralized exchanges. A buyer will need to first purchase Ethereum (ETH) and then use ETH to buy CTZN. The buyer will then be able to swap ETH for any token that runs on the Ethereum standard (called “ERC-20 tokens”), which is what Token New Earth Systems is built on top of.

$CTZN is the preferred and interoperable token that is being used across the entire Totem ecosystem, bringing user-friendly solutions to staking, spending, and access. It is being used for energy and value exchange amongst members of the growing Totem community. CTZN is also being used to transact, play, and grow across the metaverse while incubating and building preferential tools and features with projects within the Totem ecosystem. CTZN can be staked, earned through a partnership model, and spent in marketplaces.

There are two primary components of the Totem ecosystem. While CTZN tokens are the native digital assets of the Totem Ecosystem and will be used for all kinds of things, such as voting rights on important decisions, as well as saving money on gas, XOiDs are NFTs that will serve as AXIS, or “access” token to the Xela XR metaverse where users will be able to purchase additional items, such as a physical copy of the Totem whitepaper called Opal.

Totem also launched CTZN staking on December 21, 2021, after a successful TGE (Token Generation Event). The token offered 3 staking options at launch and all of them were opened publicly open for five days. During this time, staking options were divided into 3 pools: LP Pool, CTZN Pool, and Opal Pool. Staking, as a Medium article from the project’s creators explained, is an opportunity to earn more CTZN by choosing to lock up tokens for a period of time. Participants could also receive more CTZN as a reward through interest rates.

Totem, which bills itself as a collective of artists, technicians, and builders, is building New Earth Systems by forging Web3 toolsets and communities into a single OS. Each person who takes part in the Totem ecosystem is deemed to be a “Citizen” and that designation is the inspiration behind the name of its token, CTZN. Totem plans to provide Web3 tools, NFT gated communities, and more, all in one place, to bring real-world utility to the metaverse.

The project recently got successfully funded on Polka Starter, a decentralized crypto fundraising platform. It was so successful on the platform that Totem New Earth Systems was also featured as one of the top three Web3 projects launched on Polka Starter in 2021. Totem has also garnered a lot of attention from crypto evangelists since it was launched and so far, it has managed to raise more than $4M from top-tier VCs such as Polygon, Early Riot Games Executive, AU21, and more.

Readers can follow the project’s Twitter page to stay updated with news and to participate in the frequent CTZN giveaways that the project offers.

For more information about Totem, contact the company here: