Correction to Previous Release: EarlyBirds Is Helping Tackle Challenges Due To Organizational Silos In Government And Large Organizations For Digital Transformation

Australian industry ecosystem company, EarlyBirds, is issuing a correction to a release previously distributed that incorrectly stated that Accenture was responsible for the development of the failed website Healthcare.gov. When in fact, Accenture was engaged on this project after the website developed by another vendor had faced challenges. Accenture's work has been noted for stabilizing the site and successfully allowing the high enrollment that followed. Please see the amended article below.

Early Birds is setting its sights on using transformative technology to modernize and simplify the way large organizations, such as governments and multi-billion-dollar public corporations, communicate internally and strategize, to solve the most pressing problems in their country or industry. Readers can find out more about the many networking opportunities that EarlyBirds offers to industry leaders by heading over to its website at earlybirds.io. 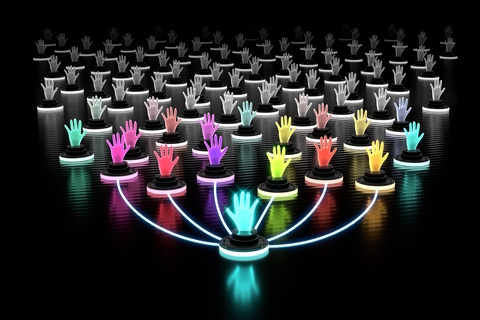 EarlyBirds founder Kris Poria talks about why siloed institutions become unable to move fast and efficiently by saying, “Sometimes organizations get so large and unwieldy that they effectively become victims of their success. The older and bigger a corporation is, the more siloed its organizational structure is likely to be. Organizational units are key to productivity but a lack of communication between them can be detrimental to their overall performance.

Grandfathered-in institutions like world governments are extremely guilty of this as they often need significant prodding to adapt to the newer methods of doing things. Some of the ways to mitigate these inefficiencies include training programs that focus on sharing knowledge and fostering camaraderie between different departments, innovations that transcend functional barriers, and internal networks of subject matter experts that constantly share their progress and learn from the advances made by other verticals in the same organization. One solution, in the words of Alex Goryachev, Cisco’s Director of Innovation Programs & Strategy is to act like an enterprise but to think like a startup. Here at EarlyBirds, we can help you inject the young blood and visionary performers that you need to give your corporation a new lease on life, essentially reinvigorating its spirit and ushering in a new era of growth. If you are willing to harbor such trailblazing innovators within your ranks, head over to our website and sign up as an Early Adopter at https://earlybirds.io/en/early_adopter.”

One of the best examples of inefficiencies in the government due to a lack of coordination, communication, and a coherent vision is demonstrated in a report published by the US Government Accountability Office (GAO) in 2017. The GAO found that the Department of Veterans Affairs (VA) paid, on average, 54 percent less per unit for a selection of 400 prescription drugs than Medicare Part D. Though both government organizations need to negotiate the price of medicines from a complex drug market, the disparity in the pricing they ended up negotiating is indicative of how large legislative bodies can often falter on being effective. The siloed nature of the two organizations that oversee the drug procurement programs and the unwillingness of the government to pass policies that streamlines this process are the two main reasons for this inefficiency.

Another example of the size of a large private organization working against it is the infamous failed launch of the Healthcare.gov website. Initially, the website expected a low demand for its log-on system as certain functionality such as the option to shop for products did not require logging in. However, a late change in this design which led to all users being required to log in didn’t leave enough time for the infrastructure to be adequately scaled. As a result of many such top-to-bottom failures, the healthcare.gov website project, which was initially budgeted at $93.7 million, required around $1.7 billion to be fully functional and to deliver on its original promise, causing great embarrassment to the Obama administration.

EarlyBirds brings together innovators, early adopters, and subject matter experts together in an open innovation ecosystem to find solutions to wicked problems that are holding back a company’s profits and even the progress of entire industries. EarlyBirds has the platform, data, and processes to enable businesses of all types and sizes to address the challenges of organizational silos and provide the ability to act like a startup to enable government digital transformation programs and strategies. Small players who have designed game-changing technology or disruptive business models can sign up on to the EarlyBirds platform as Innovators at https://earlybirds.io/en/innovator.

For more information about EarlyBirds, contact the company here: