On October 1st, Confessions of an SEO podcast, hosted by Carolyn Holzman, published an episode about the SEO Fight Club’s show on Core Web Vitals. During that Seo fight club broadcast, a detailed study was presented to determine if Core Web Vitals could be seen having a ranking impact across a number of topics. As presented, the data revealed no boosting relationship between CWV scores and rank positions.

“This is the first time I have seen anyone provide 3rd party analysis based on actual data from the search results. Up until now, it’s been announcements from Google and people sharing the details of what Google says Core Web Vitals is measuring but nothing that connected the dots to show that it works that way,” said Carolyn Holzman, CEO of American Way Media, a digital marketing and media company. 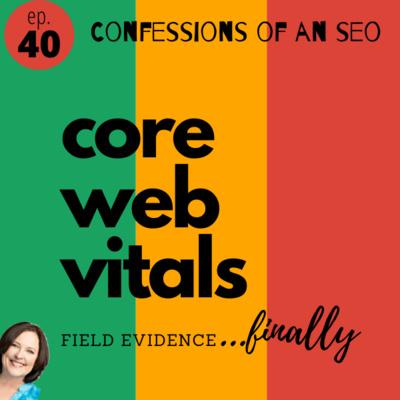 She continued, “Given the amount of attention paid to Google’s announcements that Core Web Vitals was a ranking factor, a large number of businesses, SEO tools and agencies have spent enormous amounts of time, energy and money over the summer on making their pages score better in the Core Web Vitals section in Google’s Search Console, without any real evidence that this is a ranking factor at all. “

In May 2020, Google's announced a set of user-focused metrics designed to measure a page's "health" in terms of providing a smooth and seamless user experience, were unveiled and said they would become a factor in organic ranking. The initial focus according to the Google Developer announcements would be on mobile-friendliness, safe browsing, HTTPS and content accessibility over intrusive interstitials, known as pop-ups which interrupt a visitor’s experience of content.

Initially, Google announced Core Web Vitals would be live on June 15th but this was pushed back multiple time until the end of the summer and at the end of Sept 2021 was confirmed by John Mueller in a Google hangout on 09/24/2021 that the rollout was started in July and finished at the end of August.

In the podcast, Holzman detailed the data shared by the hosts on Seo Fight Club, which is hosted by Ted Kubaitis, Kyle Roof, Clint Butler and Lee Witcher. In the show, the research shared was prepared by Lee Witcher, an SEO researcher and SEO tester with an impressive career background in data analysis that guides his SEO analysis. In his study, he examined 40 specific search phrases that ranged in competitiveness and PPC value that he has studied over three years.

“So the idea was if Core Web Vitals is live, then those pages with the better scores ‘should’ rank towards the top of the search results. Conversely, those with lower scores should rank lower in the search result page,” continued Holzman, “and after collecting and scoring 4000 data points in the Core Web Vital scores for the first 100 results of his 40 search phrases, there was no discernible mathematical relationship as of Sept 29, 2021, everything appeared random.”

Holzman prepared a companion article Core Web Vitals Unmasked for the podcast to display various screen shares along with an embed to the specific SEO FIght Club broadcast.

Holzman completed the article by saying that what “I love about this group of SEO’s is that they aren’t saying unhelpful things - they are agnostic as to whether Core Web Vitals works or doesn’t. They just want to be able to see the data in live search results pages that it does. And when that does happen, THEN and only then is it a defensible business decision to invest large scale efforts to adjust wholesale page efforts.”

Confessions of an SEO can be found anywhere podcasts are listed - Audible, Spotify, Anchor.fm, Bullhorn & more. New episodes drop every Friday morning at 8 am CST.

SEO Fight Club is on Youtube and broadcast live on Wednesdays at 7 pm EST, 4 pm PST.