Chicago divorce lawyer Russell Knight releases a new blog post (https://rdklegal.com/who-gets-the-house-after-an-illinois-divorce/) that discusses who gets to inherit the house after a married couple divorces in Illinois. The lawyer mentions that a house is usually the biggest asset and possibly the biggest debt that two a married couple can share. A couple’s house is also where their family resides, so in case of a divorce, there is the question of who will inherit the house.

According to the Chicago divorce lawyer, “When a divorce is filed, marital assets are not distributed. Marital assets, such as the house, are not finally allocated until the Marital Settlement Agreement is entered with the Judgment of Dissolution of Marriage at the final prove-up.” 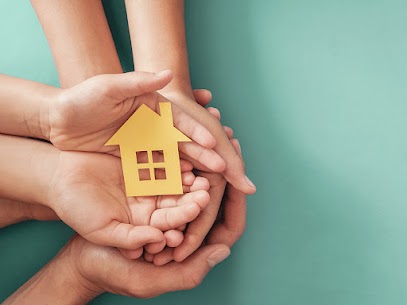 The lawyer explains that during the divorce process where nothing is yet finalized, both spouses have access to the house. It may be a difficult situation for one of the spouses, especially if there are issues like drinking or mental health issues that one of them suffers from.

Attorney Knight also says that if both spouses decide to stay in the same house and there are issues between them, it could start some trouble. At worst, the possibility of police getting involved may be necessary. This could greatly affect the child custody part of the divorce process.

In the article, attorney Russell Knight also explains that the house, its contents, and its debts will be divided between the spouses by order of the court. However, if the property was owned by one of the spouses before the marriage, it must stay with whoever’s name the house is in. It will only be considered non-marital property if it is in one party’s name exclusively.

The Chicago divorce lawyer says, “it does not matter whose name is on the deed of the house if the house was purchased after the wedding date. The mere purchase post-marriage makes the house marital property.”

Furthermore, if the court decides that giving the house to the parent who exercises the majority of the parenting time will benefit the children greatly, then it will be done so accordingly.

Lastly, attorney Russell Knight emphasizes how important it is to seek the help of an experienced divorce attorney when it comes to matters that are related to the divorce. Having a skilled lawyer may be able to help the client decide what’s the best step to take as well as understand their rights and responsibilities to the family after the divorce is finalized.

Russell D. Knight, a family lawyer, established his law office in 2009. Russell D. Knight has been a family law attorney who has always been focused on divorce and family law. Russell is passionate about family law, as evidenced by numerous articles he has written about the subject. Russell is licensed in both Florida and Illinois as a lawyer. Call them at (773) 334-6311 today.