Chicago divorce lawyer Russell Knight releases a new article (https://rdklegal.com/divorce-family-law-services/chicago-child-support/) that discusses how child support works in Illinois. The lawyer mentions that the state of Illinois implemented changes to how child support obligations will be calculated effective July 1, 2017. While there used to be a formula that used a straight percentage to calculate income, it will be replaced by a method that incorporates both the non-custodial and the custodial parent’s income.

According to the Chicago divorce lawyer, “To calculate child support under the new law, the courts now ask that both parents disclose their gross monthly incomes by completing a Financial Affidavit and supplying copies of recent paystubs. After these initial disclosures are made, the gross income amounts are converted into “Standardized Net Income” amounts, determined by a standardized chart published by the Illinois Department of Health and Family Services.” 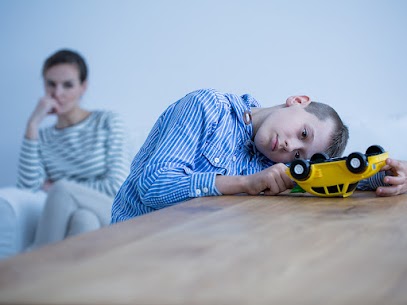 The lawyer explains that in order to calculate the “combined net income”, these standardized net amounts for both parents must be added. This figure will represent both parents’ total combined income. After this, the next step is to refer to another document published by the Illinois Department of Health and Family Services titled “Income Shares Schedule”.

Attorney Knight further discusses that the “combined net income” is taken and corresponded accordingly with the appropriate figure on the chart. This figure will be used to determine the final amount that the parties will need to contribute for the minor child.

Lastly, attorney Russell Knight emphasizes that it’s very important to seek the help of an experienced attorney when it comes to matters like child support. Having a skilled attorney may be able to help guide the client on what next steps to take.

The Law Office of Russell D. Knight was established in 2009 by the divorce attorney Russell D. Knight. The lawyer’s love for family law is demonstrated by the numerous articles personally written by the lawyer. Russell is a licensed lawyer throughout Florida and Illinois. The attorney has a legal practice in both states and employs an entire staff of paralegals and attorneys in the two states of Chicago, Illinois, and Naples, Florida. Contact them today at (773) 334-6311