Male infertility factor is attributed to almost 30% of all fertility cases. The Caperton Fertility Institute has the medical expertise and infrastructure for consultation, diagnostic testing, and treatment of male factor infertility. The institute can help couples find the right procedure to help them conceive without the use of donor sperm. 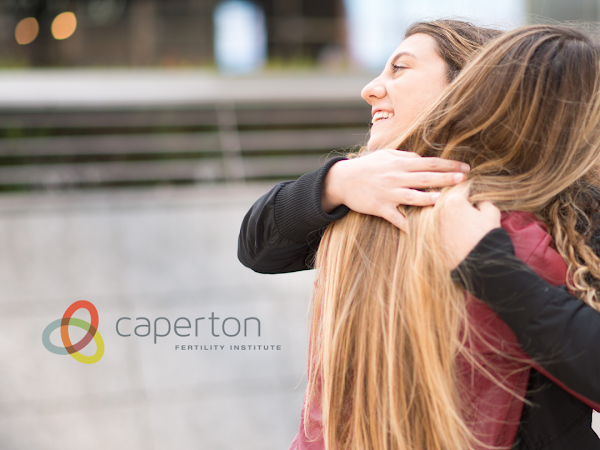 There are several reasons why a man may have insufficient numbers of sperm in his ejaculate including injury, disease, genetic conditions, or a vasectomy. The condition could be caused by an inoperable blockage or a severing of the vas deferens, the long, muscular tube that travels from the epididymis into the pelvic cavity and transports mature sperm to the urethra in preparation for ejaculation. Sperm count can also be severely reduced or be completely nil due to genetic defects, environmental toxins, infections, or other conditions such as an undescended testicle during childhood that went untreated or by varicose veins of the testes.

In many cases, the only option that is available for natural conception for men who are suffering from male factor infertility is to acquire donor sperm. Over the last decade and a half, several breakthrough medical procedures have turned male factor infertility into one of the major success stories in the realm of infertility treatment. TESE and MESA allow the physician to retrieve sperm directly from the testicle or epididymis by a needle so that it can be injected directly into an egg via intracytoplasmic sperm injection (ICSI) to initiate fertilization. The procedures are precise and all that is needed in many cases is a single viable sperm in order to fertilize an egg. This is in stark contrast to the 60 million or so sperm that are present in a single ejaculation.

The MESA procedure is used if the vas deferens is blocked, severed, or missing. In the MESA procedure, the doctor exposes the man’s vas deferens by performing a short surgical procedure under anesthesia. Motile sperm are removed from the epididymides using a fine cannula and then used for fertilization.

The TESE procedure is used in cases where sperm are not produced correctly or not produced at all. There is always the possibility that there may be a few sperm in the testicles. TESE is performed under general anesthetic by using a thin biopsy needle to remove small tissue samples from several places in one or both testicles. The procedure is quick and is performed in an outpatient setting. The TESE procedure can be repeated in case of failed attempts.

A spokesperson for the institute talks about the TESE and MESA procedures by saying, “The Caperton Fertility Institute is proud to be at the forefront of the fight against male factor infertility. We are happy to serve couples who are trying their best to conceive a healthy baby completely naturally. The institute is prepared to perform the procedures in its offices under local anesthesia with minimal discomfort. The procedures can also aid in conception in cases of azoospermia, oligospermia, retrograde ejaculation, testicular trauma, or other conditions affecting sperm count and quality. The fertilization rate with testicular and epididymal sperm, whether fresh or frozen, is similar to that achieved with ejaculated sperm. These procedures have virtually eliminated the need for vasectomy reversal, and in the majority of cases allow couples to conceive without the use of donor sperm.”