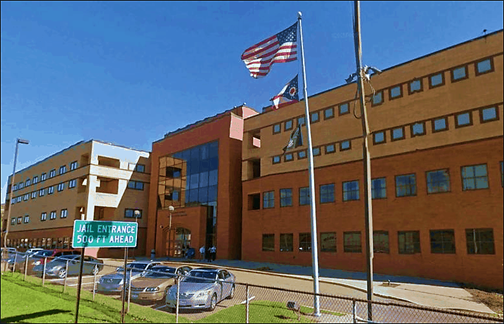 Birmingham, AL – After years of investigations by the U.S. Department of Justice (U.S. DOJ), the federal government has opened a new court case. The lawsuit in question cites the U.S. DOJ vs. the state of Alabama and the Alabama Department of Corrections (ADOC). Birmingham bail bonding company, Alabama Bail Bonds, a longtime advocate of criminal reform and justice, is discussing the investigation conducted by the U.S. DOJ and the ADOC response.

The U.S. Justice Department opened an investigation into the conditions of ADOC facilities housing male prisoners back in mid-2019. This investigation centered on the protections for inmates from physical and sexual abuse at the hands of other inmates and correctional officers, and whether these facilities had adequately met these demands. According to the DOJ case document, the State of Alabama has failed to provide their prisoners with sanitary, secure, and safe living conditions.

Filed in early December, the complaint cites that during the course of the investigation, the state has, "failed or refused to correct," the conditions. The Alabama Department of Corrections disputes the allegation and plans to defend their staff and Department in a court of law. In a statement released by the state prison system, the agency acknowledges that while there have been problems in the past, they believe the Justice Department has mischaracterized, “these limited instances as sweeping patterns,” and undervalued the changes that have already been enacted.

Alabama Governor, Kay Ivey, also released a statement that they will continue to pursue plans to improve these conditions. These plans include the construction of at least 3 new facilities featuring improved security and technology. Governor Ivey has said that these plans, "will go a long way in addressing the long-standing challenges faced by the Alabama Department of Corrections.” Furthermore, the ADOC is working to recruit additional correctional officers by incentivizing new hires with increased pay rates and bonuses as well as the development of a new, entry-level correctional officer position.

“We believe that our local and state governments will do everything in their power to address these concerns head-on,” commented a Birmingham bail bondsman, “until that time though, we will continue to work hard to help these inmates and their families get their release as they await their trial.”

Alabama Bail Bonds is a locally owned and licensed bail bonding company operating in Birmingham, AL, and serving the Jefferson and Shelby county areas. The team of bail bonding professionals offers their services 24 hours a day, 7 days a week, and specializes in student bonds, first-time offenders, and felony offenders. For more information about Alabama Bail Bonds, or to obtain their services, contact an agent at (205) 774-0511 or visit their website at www.alabailbonds.com.