'You could at least be kind': A landlord evicted a single mom and claimed she ‘trashed the place.' Commenters are divided on if he was in the right 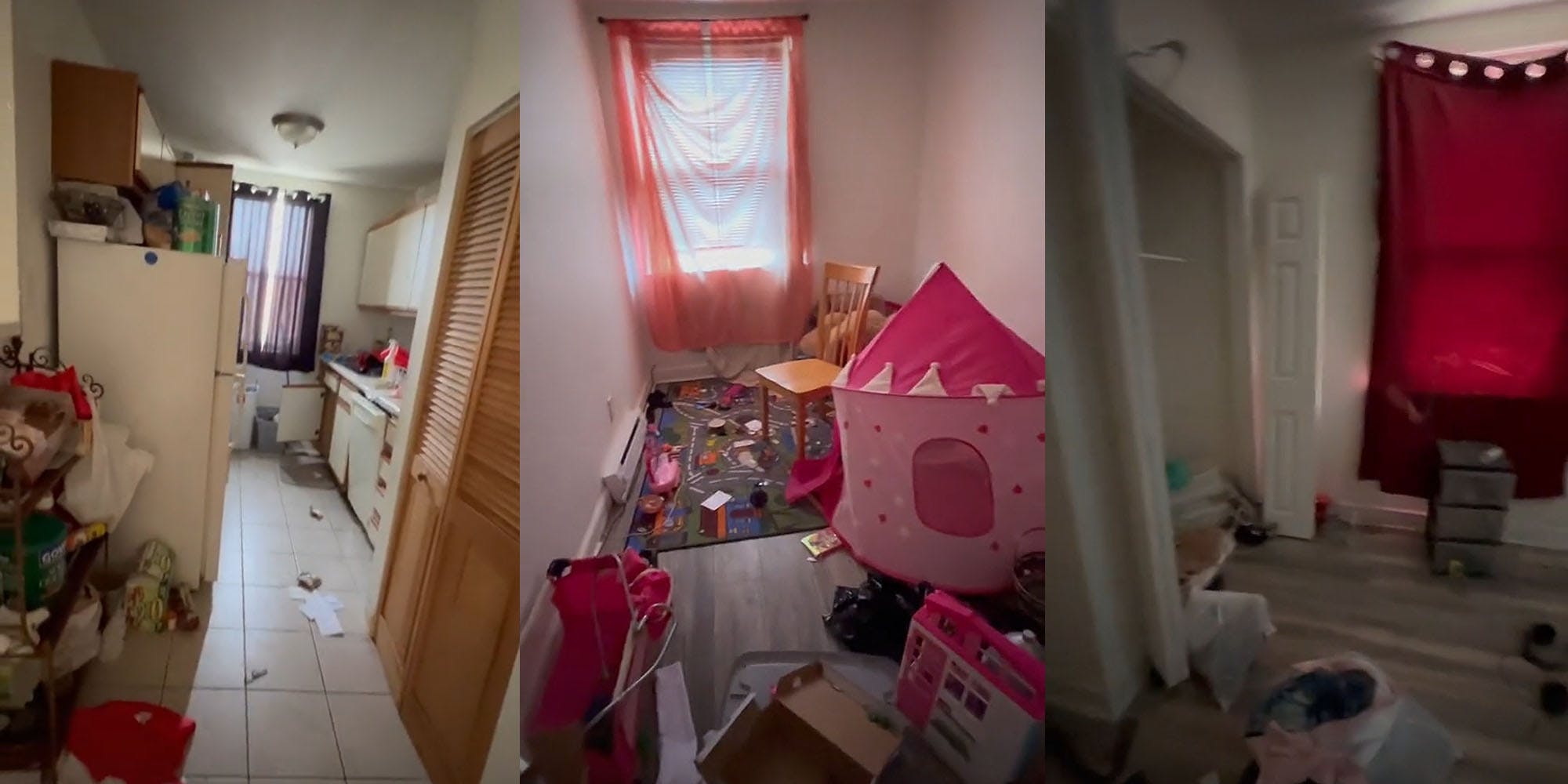 It’s no secret that America is facing a housing crisis. From landlords who engage in practices many would call shady, to claims that popular home search databases are buying up properties and artificially “inflating” the prices of houses in specific areas, it seems that buying a house in the US is a costlier venture than many millennials expected. Renting, not buying, is all some young people are able to afford. At the same time, rising property taxes are forcing homeowners to pay more money just to keep what they already own, pushing landlords to increase their tenant’s rents.

In light of all these factors, it can be difficult to sympathize with a property owner who evicts a tenant. However, TikTok videos from @realestatemogulstephen28 have users on the platform divided as to whether or not he was in the wrong for kicking a single mom and her child out of an apartment he rented to her.

In a now-viral clip, Stephen walks around the apartment in question and shows off a slew of belongings left behind by the single mom. He can be heard expressing his sadness for the child who can no longer live in the apartment, but then simultaneously chides the tenant for leaving the place a mess and claiming that she “trashed” his property.

The video is set to sad, melodic music, which some commenters thought was a strange creative choice as the landlord was seemingly reveling in the fact that he had to evict someone. His deadpan responses to other TikTokers, alongside hashtags like #momoftheyear and #slumlord, also received criticism, while others thought he was making light of the situation in a heartless manner.

“Wow! Well you could at least be kind and get her and her kids stuff! The pain behind this…,” one user penned.

However, additional comments from the landlord gave more insight into the story. According to Stephen, the tenant was able to live in the apartment rent-free for 9 months and had ten days to manage her affairs before she was finally evicted from the premises.

“All these comments bashing the landlord. He gave her 9 mos of free rent AND ample time to get the hell out. Not hard to tell who’s posting in here.”

Stephen responded to the above user by stating that his former tenant “kept using the single mom card.”

Other users felt that Stephen was being overly dramatic, falsely claiming that the single mom had trashed the apartment. However, a follow-up video shows that once all of the tenant’s personal items were removed, there were several areas of the apartment that appear to be damaged.

Renters in the comments section were shocked to see the kind of damage done to the living space: “I’m a renter and completely understand where you are coming from. I’ve never lived like this. and have never done something like this.”

However, another mom chimed in and said that this is par the course with her own kids: “I have a 6yo with asd and adhd my walls look like this weekly, I now have a special mop for them.”

And then there were those who thought that the grime on the walls was typical of furniture placement: “Looks to me like it was [placed] that the furniture was against the wall and normal dirt on the wall which yes you are suppose to wipe the walls.”

Prospect.org has reported that some 3 million Americans are evicted from their homes each and every year, and that “Black renters face evictions at much higher rates than white renters, and women face higher rates of eviction than men.”

The Daily Dot has reached out to Stephen on TikTok for comment on the circumstances surrounding the tenant’s eviction.