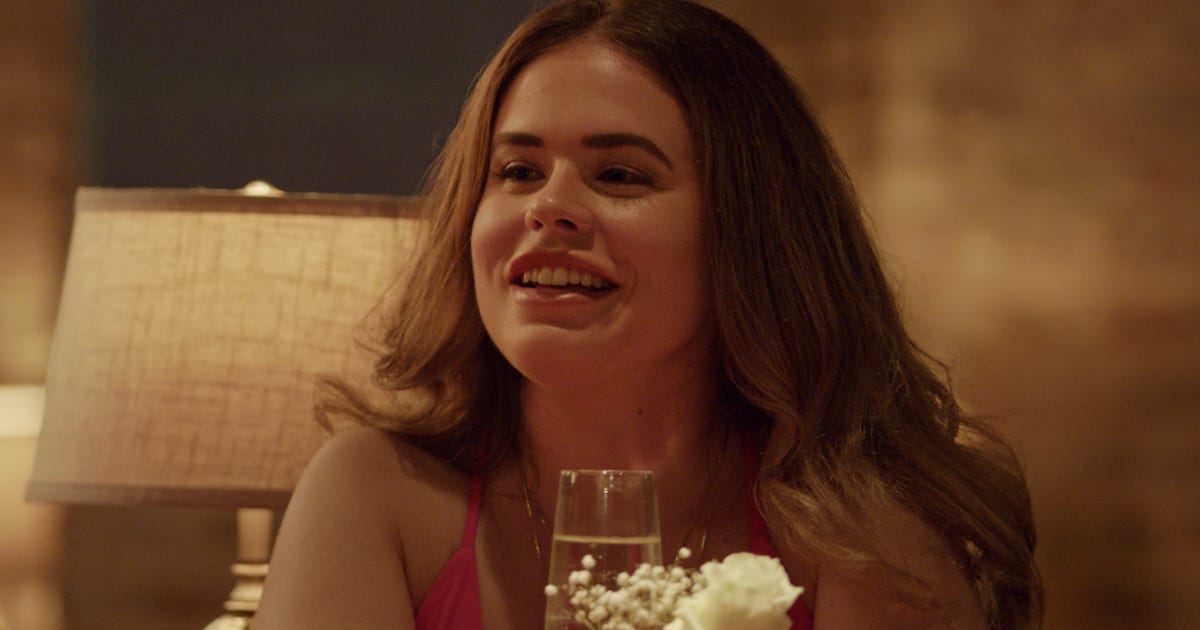 We're not even halfway through 2022, and Netflix has already served up some delicious reality dating shows, from the drama-packed to the salacious .

But I have another -- better -- addictive pick for reality TV aficionados. Pour a glass of wine and unwind with this subtle, yet enthralling gem called Dating Around.

Dating Around is a relatively tame dating show compared with the other wild options out there. On Sexy Beasts, people date while donning creature-themed special effects make-up, and on Too Hot, singles are crammed into an island villa and told to withhold from kissing and sex. Dating Around, on the other hand, focuses on… plain, old first dates.

That's right: The show is just about people going on casual dates in New York and New Orleans. Each episode follows one main dater as they sit down for five blind dates with different people at the same bar or restaurant. Though the dates occur over the course of a week, the show is edited to give the appearance they're all happening on the same night. (The lead daters wear consistent clothing to pull this off, executive producer Chris Culvenor has said).

The stylish, visually intimate show seamlessly transitions between individual dates, showing us a minute of one date that deftly transforms into another. When the night wraps up, one guy or gal usually scores a second meet-up, and the show reveals who it is at the end of the episode.

With all the added "stuff" on dating shows these days, the actual "let's talk and get to know each other" part can take a backseat. Dating Around proves that conversations, flying sparks -- and even the dull moments -- can stand on their own, and make for vibrant, absorbing television. I consumed the second season's six episodes virtually overnight.

There's no host and no plot twists on this dating show -- just people meeting other people, sharing drinks, food and, if both parties are feeling it, heading to another late-night venue. A range of distinct, generally likable main daters bolster the show. Across its two seasons, featured daters have been Filipino and Dominican, queer and straight, in their 20s and in their 60s.

The singles answer standard first-date questions about their jobs, pets and what they're looking for. Some conversations fizzle, but others shine. For instance, in season 1, Sarah and Nick hit it off while talking about the 2004 comedy Sideways. (They charmingly quote the same tidbit from the film in sync.) The show's appeal comes from sparkling conversations and authentic first-date awkwardness, not being the kind of thing you love to hate-watch.

After the pandemic has flipped the entire world on its head, I'd argue we're ready to hear people sit and genuinely talk about themselves. I honestly welcome it.

Obviously, not everyone hits it off. On one Season 2 date, pescatarian Heather is clearly turned off when her blind date shares that he enjoys hunting ducks. "I used to have a pet duck," Heather says, conjuring up some awkward silence. But sometimes, things go well. Really well.

A standout moment in season 2 comes when a lead dater named Brandon flirts with a man named Ronald. In tune with the show's stunning visuals, multicolored New Orleans city street lights shimmer in the backdrop. When they kiss, the camera spins around them, creating truly magical reality fare.

Spoiler: Brandon surprisingly doesn't choose Ronald for the second date. That unpredictability is also part of the fun. Seeing who gets the invitation to return for a day-time meet-up is just one of the thoroughly engaging, suspenseful elements.

There's no lack of reality dating show options these days, especially on Netflix. But after you've binged all of Love is Blind, be sure to schedule a date with this wonderful, refreshing reality show.