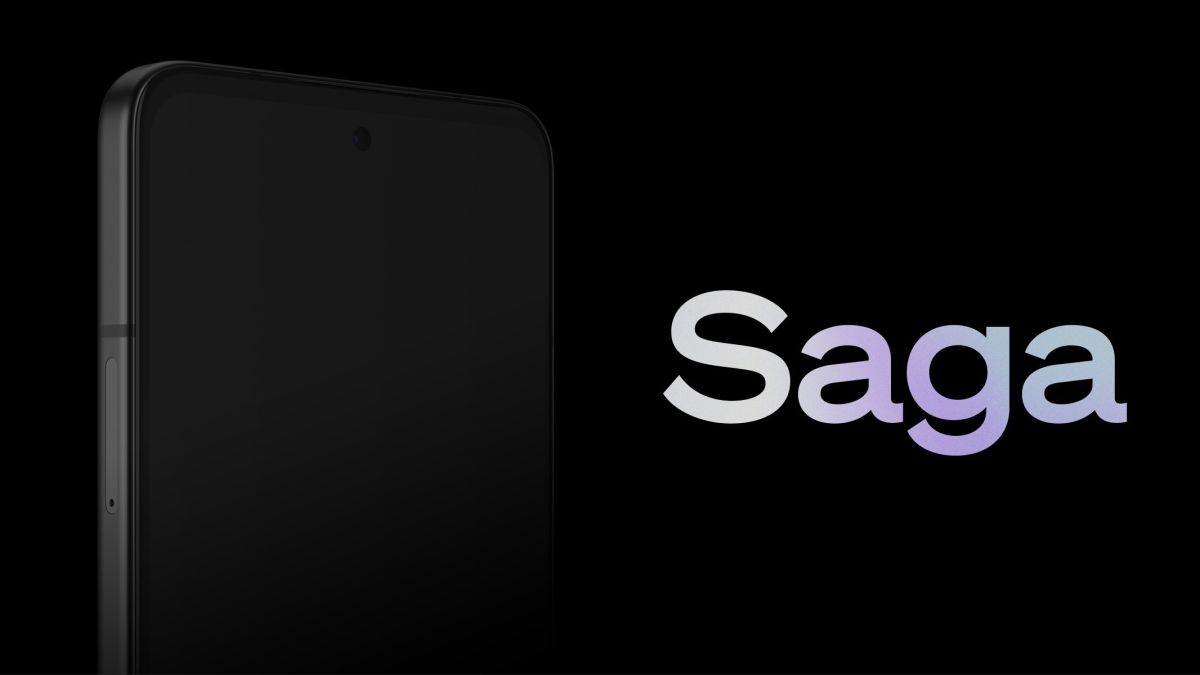 What you need to know

The OSOM OV1 will now be sold as the Solana Saga.

Solana is a company focused on web3 and crypto, with the Saga acting as a way for "crypto to go mobile."

Late in 2021, we were first introduced to the OSOM OV1, which was expected to be the “spiritual successor” to the Essential Phone. Over time, we’ve learned more about what the OV1 was going to offer, and some of us were getting pretty excited for another competitor in the flagship space.

Unfortunately, the hopes for OSOM to drive a wedge into the smartphone space have now been dashed, and it’s all thanks to web3 and crypto. In a tweet, the official OSOM account initially confirmed that the OV1 is now going to be called the “Solana Saga.” There wasn’t much to think about other than the odd rebranding.

Following that up, we learned more from OSOM and a company called Solana. For the unaware, Solana touts itself as being “the world’s most performant blockchain.” The company’s website claims that it is a “decentralized blockchain built to enable scalable, user-friendly apps for the world.”

OSOM is thrilled to partner with @Solana to produce the Saga, a flagship Android mobile phone with unique functionality and features tightly integrated with the Solana blockchain.https://t.co/SeW3jZssDEJune 23, 2022 See more

In a series of tweets, Solana revealed its plans for the “Solana Mobile Stack,” which is a series of web3 mobile tools, all powered by the Solana Saga. And that’s where we learned that OSOM’s plans to shake up the industry, have instead been pivoted to a new “crypto” phone. According to Solana, this “Mobile Stack” is comprised of a decentralized “dApp Store,” Solana Pay, and a few other inconsequential verbiages designed to get the crypto hype beasts excited.

Along with announcing the Solana Saga as a partnered device with OSOM, Solana also revealed that the phone will now ship in early Q1 2023. If interested, you can reserve your own Saga with a $100 refundable USDC deposit, with a final price tag coming in around $1,000.

Until now, we weren’t aware of the entire spec sheet for the OV1, but Solana decided to spill the beans in that regard (via Droid Life). Along with being powered by the Snapdragon 8+ Gen 1 chip, the Saga sports a 6.55-inch FHD AMOLED display complete with a 120Hz refresh rate. Paired with Qualcomm’s latest chip are 12GB of RAM, 512GB of storage, and a 4,100mAh battery.

Other features include a rear-mounted fingerprint scanner, Bluetooth 5.0, Wi-Fi 6, and wireless charging capabilities. As for cameras, the Saga sports a 16MP selfie camera, along with a 50MP IMX766 main lens and a 12MP IMX373 ultra-wide camera.

As for availability, the Solana Saga landing page confirms a few things. For one, the phone will be available in the U.S., Canada, EU, and the U.K. “to start,” but “certain developers will receive priority on the waitlist.” So it’s clear that Solana is gearing this towards web3 developers as opposed to trying to appeal to the mass market or even a privacy-focused market. Oh, and just for fun, if you pre-order the device, you’ll receive a “Saga Pass, an NFT accompanying the first wave of Saga devices,” because of course there’s an NFT to be had.