‘It's not hard to stay home when you're sick': A hotel worker showcased a $20 tip they received disclosing a guest had COVID-19. Commenters told her to be grateful for the money 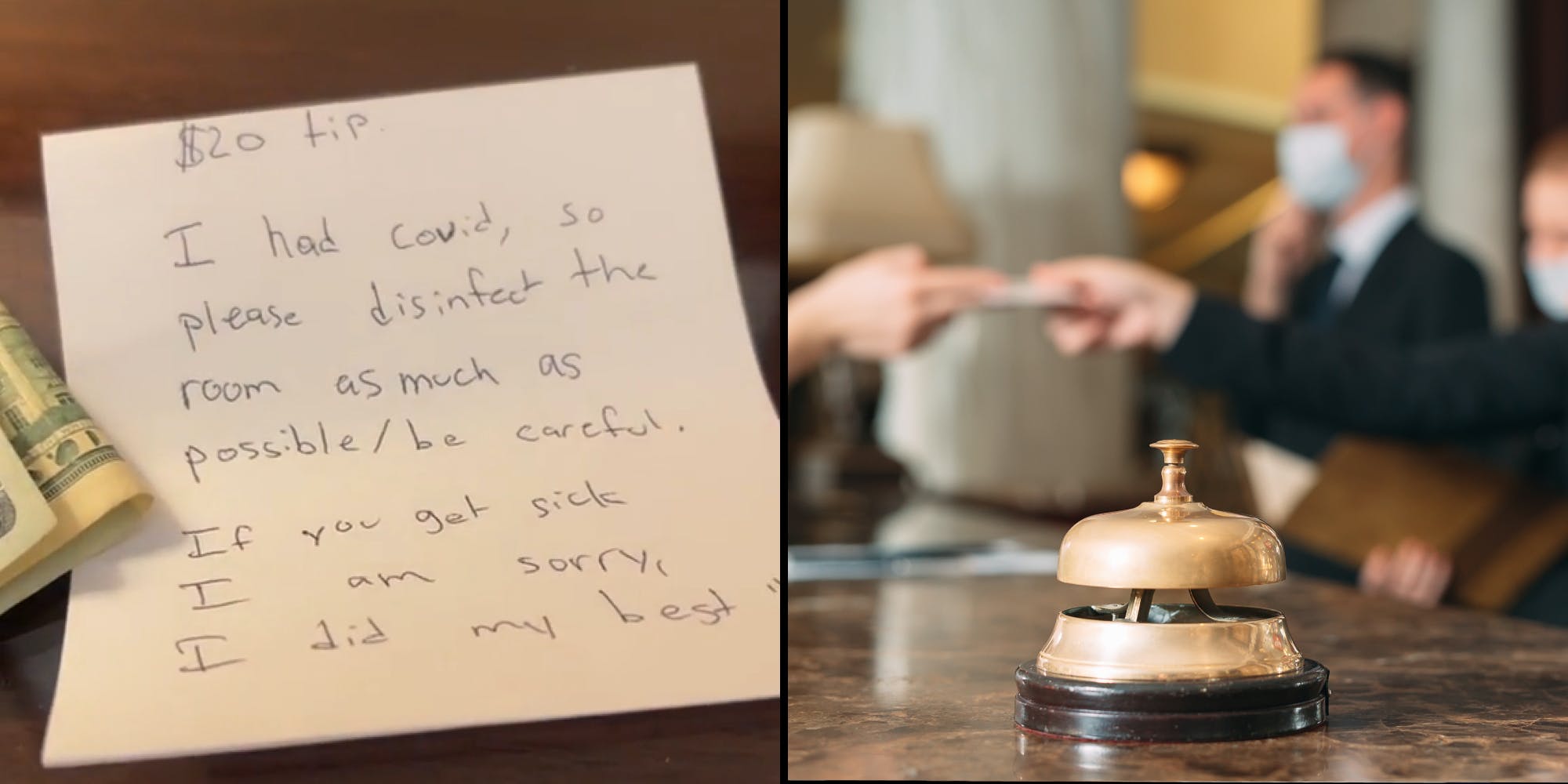 A debate has sparked on TikTok after a user revealed a tip they receive while working at a hotel. In the now-viral video, user Güera shows a $20 bill next to a note that she alleges she received at work.

“I had covid, so please disinfect the room as much as possible/be careful,” the note reads. “If you get sick I am sorry, I did my best.”

In comments, Güera shared additional information about what happened.

“I had the choice to drop the room but I wanted the $20,” she explained. “I’m double vaxxed and boosted and I’ve had Covid twice so I hope that will be ok.”

Users were divided about this note and tip.

Some thought that this person was doing a kind gesture by disclosing they had tested positive. These users allege that there are likely to have been many other people Güera came into contact with at her work that also had the virus and chose not to disclose their COVID-19 positive status.

“95% of people would not disclose that,” wrote one user.

“Had, not has. Maybe they were being extra cautious by informing,” stated a second.

“Come on guys at least they tried,” shared a third. “You know damn well you, your friend, or family has been out in public with a cold or covid before.”

In contrast, others thought the guest was in the wrong.

“It’s not hard to stay home if you’re sick,” commented a TikToker.

“They should have told the front desk,” another shared.

A few users went so far as to call Güera for seemingly complaining about the tip.

“At least they left a tip you ungrateful human,” wrote a commenter.

But as Güera noted in a follow-up TikTok, she was not, in fact, ungrateful, and nothing in her original TikTok was meant to indicate that.

The Daily Dot has reached out to Güera via email for comment on this story.