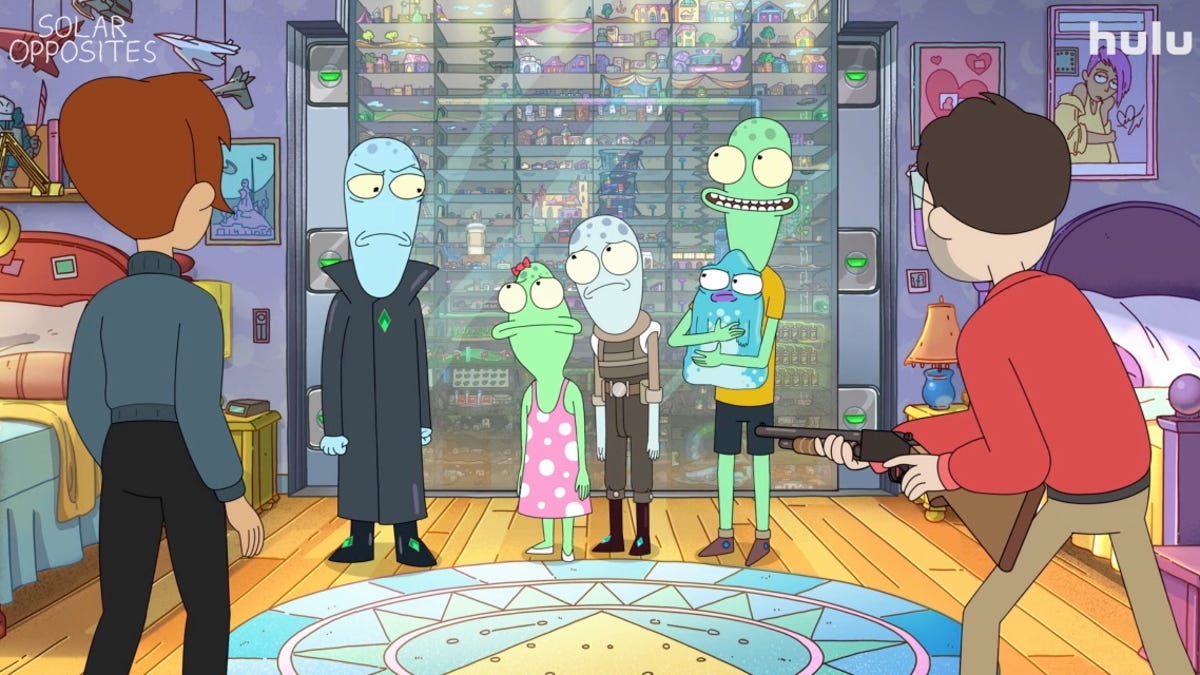 While fans of smart, snarky sci-fi animation wait for fresh episodes of Rick and Morty (season six when?) and Star Trek: Lower Decks (season three when?), another option will be crash-landing onto Hulu soon: the third installment of Justin Roiland and Mike McMahan’s other show, Solar Opposites.

A new trailer has arrived today and it promises more clashes with (and/or celebrations of) Earth culture for our marooned found family of aliens, as well as some worrisome momentum for the Pupa, the baby alien-looking critter who’s actually counting down to eventual world domination. Also: liberation for the shrink-ray’d humans who’ve long been trapped in the wall of the aliens’ suburban home. Check it out!

When Solar Opposites first arrived, it was tempting to write it off due to its undeniable similarities to Rick and Morty—chief among them the presence of Roiland’s distinctive voice, since he plays Rick, Morty, and Solar Opposites main character Korvo. However, while Solar Opposites has a similarly, uh, “edgy” sense of humor to Rick and Morty, it has proven over two seasons to occupy its own distinct pocket of sci-fi weirdness. The rest of the cast includes Thomas Middleditch as the earnest, upbeat Terry, a fan of novelty t-shirts; and Sean Giambrone and Mary Mack as Yumyulack and Jesse, who will apparently be investigating the Pupa’s surprisingly roomy interiors at some point this year.

“In season three, this alien team strives to be less of a team and more of a family team,” a Hulu press release promises, but you know there will be some hilarious and/or distressingly gross snafus along the way. The new season arrives July 13 on Hulu.

Want more io9 news? Check out when to expect the latest Marvel and Star Wars releases, what’s next for the DC Universe on film and TV, and everything you need to know about House of the Dragon and Lord of the Rings: The Rings of Power.