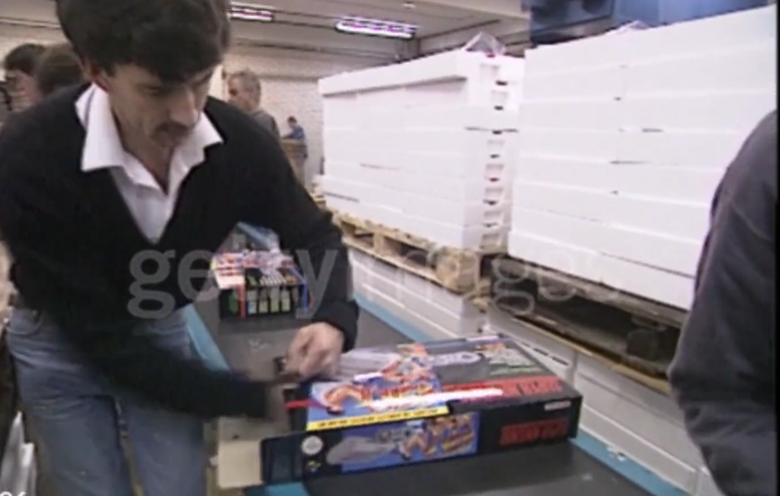 Nintendo may have been big talk back in the Super Nintendo days, but their operations pale in comparison to how things are today. Gaming in general was a lot more humble in terms of reach and production, and that goes from the games themselves all the way down to packaging.

In the video above, which comes to us from back in 1992, we get to see the assembly line for a Super Nintendo/Street Fighter II bundle in the UK. Even at first glance, you can see just how much more lax things were back then. Nowadays, you’d see robots doing almost all of the work, and a few humans spot-checking the process. Back then, things were quite different!

It’s crazy to think that Nintendo got millions of consoles and games out to the public with this process. It was par for the course for plenty of companies, but this kind of operation just wouldn’t cut it today!