'Always remember that your job will be posted before your obituary': Manager records final team meeting before resigning 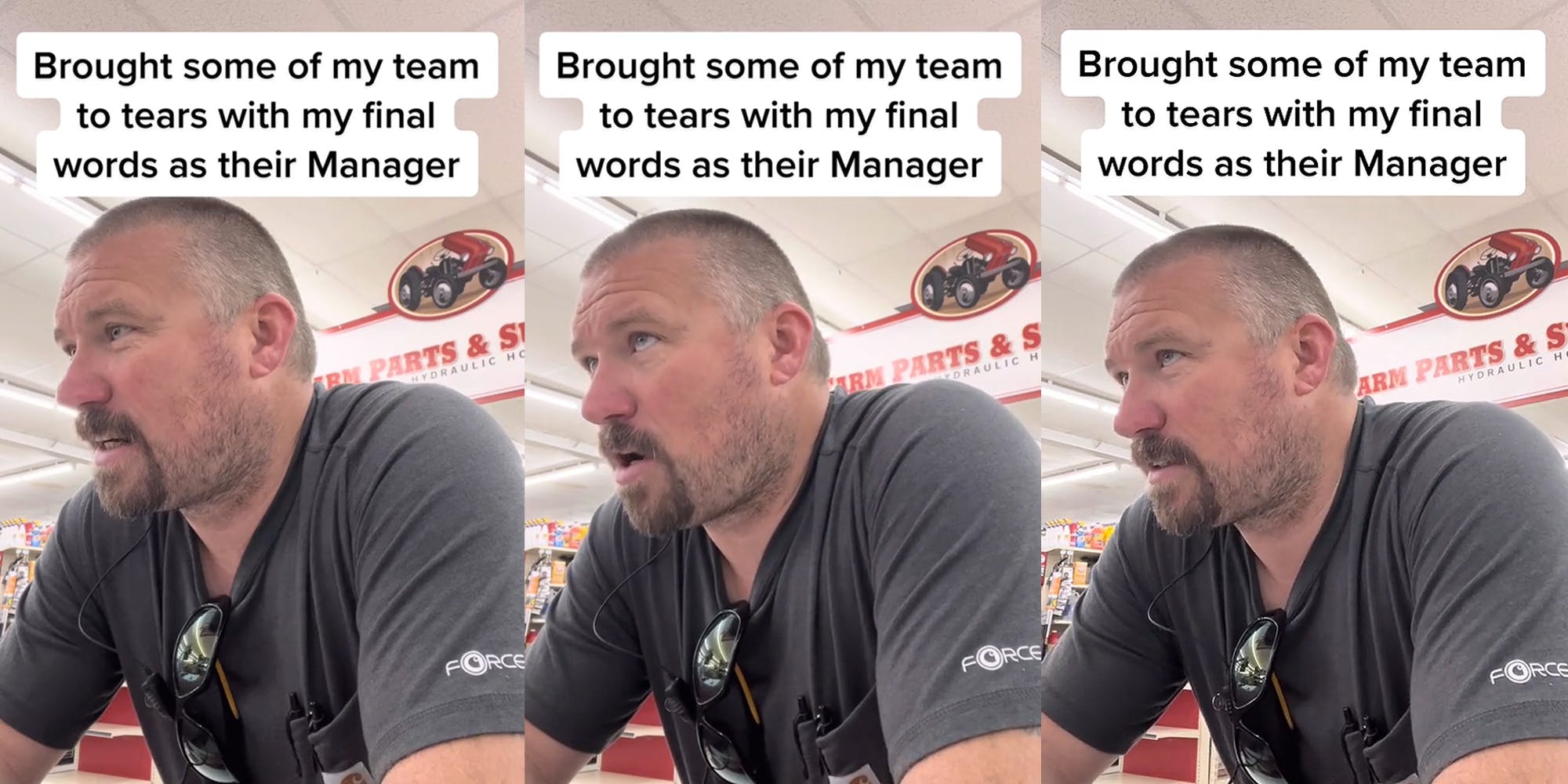 The Great Resignation has no signs of stopping, with more folks in 2022 ditching their jobs in favor of non-toxic work conditions, better mental health, or simply for wanting a career change. Many have been documenting their quitting journey on TikTok, joining the slew of newly-unemployed Americans wanting to spread awareness about de-prioritizing toxic jobs. In fact, according to a report by McKinsey published in July of this year, 40% of workers were considering quitting their jobs in the following three to six months.

The latest to join the herd is a manager who decided to quit his job to spend more time with his family. User @navyveteran39 filmed himself talking to his team one last time via a pre-recorded call on Slack, sharing with them his reasons for resigning.

“Take it from someone who’s lost a brother, a wife, a kid,” he says in the clip. “You can make all the money in the world, but you can’t use that money to buy back the time you waste making money.”

He encourages his team to take their vacations and time off whenever possible, in addition to prioritizing their loved ones.

“Always remember, that your job will be posted before your obituary,” he continues. “Your job can replace you—your family cannot.”

The creator’s video has been viewed over 837,000 times, with more than 1,000 commenters resonating with the message.

“My husband worked 70 hrs a week and family time would come when he retired he said. He died last August. Retirement never came. Enjoy your family,” one user shared.

Others, however, pointed out that it’s a privilege to be able to take time off.

“We don’t make enough money to take time off,” one comment read.

“VERY true but still have bills unfortunately,” another viewer said.

The creator responded that he also had bills, but was “lucky enough to find a job that pays the bills and allows me time with my kids.”

The Daily Dot has reached out to @navyveteran39 via TikTok comment.